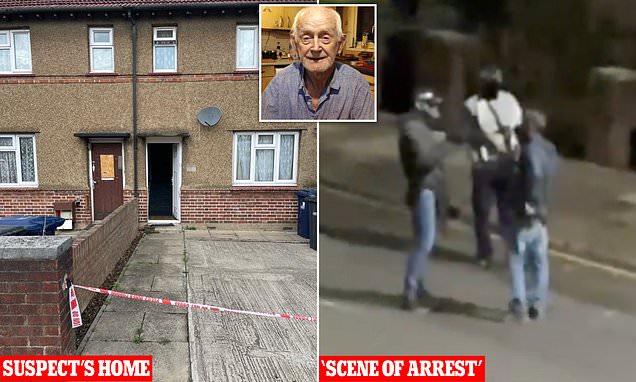 Armed police smashed into the west London home of a 44-year-old man accused of stabbing beloved busker Thomas O’Halloran to death in a tense 30-minute standoff, neighbours revealed today – amid mounting anger as a wave of violent crime sweeps the capital.

The 87-year-old grandfather, a member of the Irish community in Ealing who was raising money for Ukraine war victims outside a Tesco store and South Greenford railway station, was fatally attacked in his mobility scooter in Greenford on Tuesday – in a daylight attack that has appalled the country.

Scotland Yard has said a suspect was arrested at a property in nearby Southall – less than two miles from the scene of the attack – early today and remains in custody.