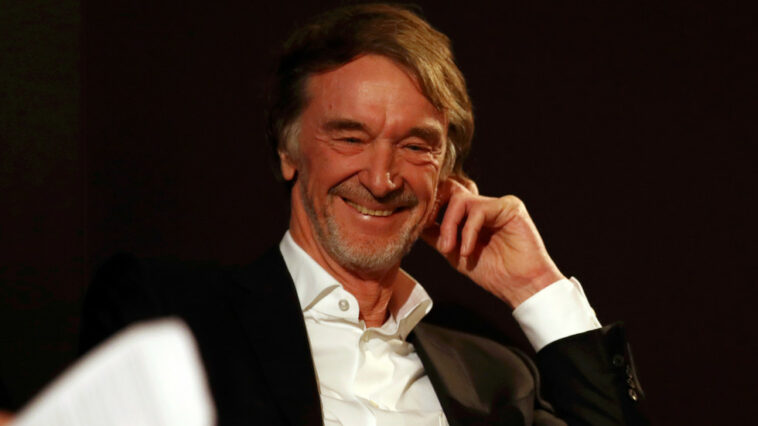 Jim Ratcliffe, one of the UK’s wealthiest businessmen, has confirmed that he is interested in completing a takeover of Manchester United amid media reports that the current owners, the Glazer family, are open to selling a minority stake in the club.

United, one of world football’s biggest brands, are currently rooted to the foot of the Premier League table after losing both of their opening games under the leadership of new boss Erik ten Hag – a situation which has again raised questions among the club’s fanbase about the ineffective ownership of the Glazers amid a perceived lack of financial investment in the team.

And Ineos boss Ratcliffe, who made a late bid to purchase Chelsea earlier this year before Todd Boehly’s takeover was made official, has indicated that he would be interested in pursuing a deal if the club is potentially available.

“If the club is for sale, Jim is definitely a potential buyer,” he said through a spokesperson.

Back to Top
Close
X
Liz Truss is on track to be the next PM with poll finding 66% of Tory members back her…More RifsArticles | Mail Online Liz Truss is poised to become PM in weeks after another poll showed she has an unassailable lead among Tory members.The Foreign…