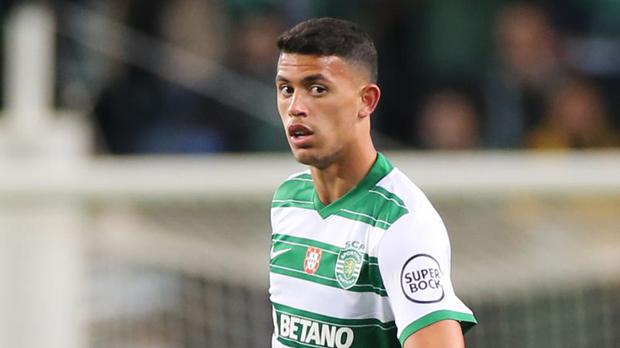 Wolves have announced the signing of Portugal midfielder Matheus Nunes from Sporting Lisbon for a club record fee.

The Premier League club were understood to have agreed to pay Sporting an initial €45million (£38m) for the 23-year-old, with a further five million euro (£4.2m) in potential add-ons.

That eclipses the £35m Wolves paid Porto for Fabio Silva – now on loan at Anderlecht – in 2020.

Nunes arrives on a five-year deal with a one-year option after two-and-a-half seasons with Sporting.

The Brazil-born player made his Portugal debut last year and has won eight caps in total, scoring one goal.

Wolves chairman Jeff Shi said on the club’s official website: “We are very happy to welcome Matheus to Wolverhampton and delighted to add another exciting young talent to Bruno’s (Lage) squad.

“Matheus has had two excellent seasons at the top level in Portugal with Sporting and is widely regarded as one of the most exciting prospects in world football, so we are thrilled that he has chosen the Premier League and Wolves as the next step in what we hope will be a fantastic career.”

Nunes is Wolves boss Bruno Lage’s third signing of the summer following deals for Portugal forward Goncalo Guedes, who joined from Valencia, and Republic of Ireland defender Nathan Collins, who signed from Burnley…

Back to Top
Close
X
76 countries block Internet access as 80% of Africans see social media shutdown…Uncategorized• Shutdown cases decrease by 14% in first half of 2022 Some 5.7 billion people in 76 countries have experienced both partial and total Internet shutdo…