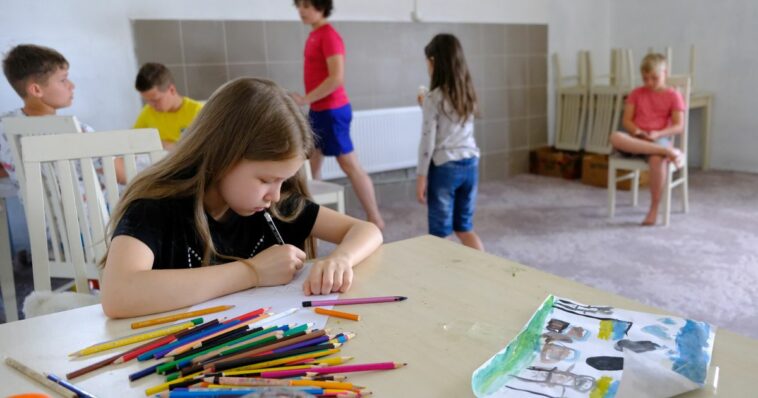 Russian soldiers are torturing teachers and burning books in a bid to wipe out the Ukrainian curriculum in occupied territory, Ukraine’s education minister has claimed.

The move is the latest attempt by Vladimir Putin’s invading forces to impose Russian culture and way of life on the areas his forces have seized since he launched the brutal invasion on his neighbour earlier this year.

Occupied areas of the Zaporizhzhya and Kherson regions are due to hold “referendums” on annexation to the Russian Federation next month, but few observers believe they’ll be anything other than rigged votes.

Even before that happens, Putin is using his thugs to impose a Russian curriculum on kids – a curriculum that erases any mention of Ukrainian history or cultural identity, reports The Times