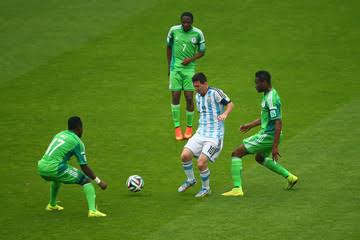 Ogenyi Onazi was seen featuring for the Super Eagles B team in a friendly game ahead of their game against Ghana this month.

“I am in Abuja to get my passport, I heard the team is in camp and I came to train with them and keep fit,” Onazi was quoted as saying by Tobi Adepoju, a Nigerian journalist.

Super Eagles B defeated Manahaim FC in a test game in Abuja on Thursday.

More than 30 players have…