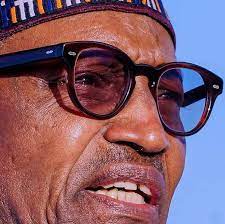 The recent resolution of the Ajaokuta Steel dispute after 14 years of international litigation, is an attestation to President Muhammadu Buhari’s efforts at freeing Nigeria from foreign debts occasioned by wrongful contractual Agreements. Alex Enumah writes

There’s a swirling belief that most of Nigeria’s foreign debt are attributable to bad contracts entered into by the previous administration. Thus, the President Muhammadu Buhari administration, from day one, did not hesitate to free the country from many of these humongous debts by challenging suspected agreements in various international arbitrations and engaging in meaningful negotiations to resolve genuine ones.

The Minister of Finance, Mrs. Zainab Ahmed, once said, “Our national debt is not only a function of sovereign borrowings – it is swelled by legal claims brought as a result of contractual disputes”. She added that, “Terminating bad contracts is often as costly as entering into bad contracts”.

The actual figure of Nigeria’s foreign debt attributed to contractual dispute, arguably, is running into several trillions of naira that is capable of making the country go bankrupt if not well managed. For example, the current judgment debt allegedly owed to Process and Industrial Development (P&ID) is put around $10 billion, which if converted, with today’s exchange rate at the parallel market, is about N7 trillion.

This is just one of the country’s legal battles occasioned by faulty contractual agreements entered into by previous administrations. But for the timely intervention of the Buhari administration, Nigeria’s assets across the world would have been frozen by now, further crippling the nation’s economy.

Besides the P&ID arbitration, other cases that could see to the seizure of Nigeria’s assets abroad include the Ajaokuta Steel dispute that also threatened about $10 billion in damages. The good news, however, is that the legal battle between Nigeria and the foreign firm, Global Steel Group has been finally put to rest, with Nigeria gaining over 90 per cent reduction in the original claim by the complainant.

Like the Attorney General of the Federation and Minister of Justice, Mr Abubakar Malami, SAN disclosed few days back,  “Nigeria ended up paying $496 millions rather than $5.2 billion.

It is worthy of note that, just like the P&ID dispute, the Global Steel dispute was not generated by this administration despite her efforts at resolving them. The deal was first brokered by the President Olusegun Obasanjo administration in July 2003, with the concessioning of the Ajaokuta Steel Company to SOLGAS (along with contracts to build a gas facility and a 2,300MW power plant), for $3.6 billion.

The 10-year concession contract, was meant to achieve the rehabilitation, completion, commissioning and operation of the steel complex, unfortunately, it was later cancelled, on the grounds of non-performance, and a new bidding process started.

Following the cancellation of the agreement, the Obasanjo administration, in 2004, then unveiled BUA International as winner of the new bidding process for the concession of Ajaokuta. Again, the administration cancelled the process, before finally granting the contract to Global Steel Holdings (GSH), through a subsidiary, Global Infrastructure Nigeria Limited (GINL).

As a result of the development, Solgas in December 2004, initiated arbitration proceeding against Nigeria in the International Chamber of Commerce, seeking the sum of $15m damages. It should be stated that, Obasanjo between 2004 and 2007, granted a total of five major contracts to GINL, as part of so-called privatization reforms.

It should also be noted that in addition to Ajaokuta and NIOMCO, other contracts granted GSH/GINL covered the Delta Steel Company, Nigerian Mining and Iron Ore Company (NIOMCO), and the Warri-Itakpe Railway.

For some reasons, the administration of Musa Yar’Adua, upon coming to power terminated all the 5 GINL contracts in April 1, 2008, contrary to legal advice by the Federal Ministry of Justice.

Commenting on the issue just after the settlement of the debt, Malami argued that, “Had the federal government waited 55 more days, it would have been able to lawfully terminate all the contracts at ZERO cost to the federal government of Nigeria. In fact, FGN would have had the right, from May 25, 2008 (the first anniversary of the signing of the Ajaokuta and NIOMCO Share Sales and Purchase Agreement), not only to terminate the Agreement, but also to claim more than US$ 26 million in liquidated damages, under Clause 12 of the Agreement, as the company appeared unable to pay the first tranche for the shares as agreed.”

But government’s failure subsequently resulted in a legal tussle at the International Court of Arbitration, London, where Nigeria was accused of wrongful termination and breach of contract. When the Goodluck Jonathan administration came on board, it opted for an out-of-court settlement in 2012, based on legal advice that potential cost of the termination could be humongous.

The administration then set up a Negotiating Team in 2013, where a Framework Settlement Agreement (FSA) was reached between FGN and GSH/GINL. Unfortunately, the Jonathan administration did not execute/implement the agreement before leaving office in 2015.

Among the terms of the 2013 FSA were, Re-concession NIOMCO to GlNL for 7 years, and draw up a Modified Concession Agreement (MCA) to this effect; Retrieve Ajaokuta from GINL. When the Buhari administration came on board, in 2016, it initiated a further review/negotiation of the MCA for NIOMCO, to achieve more favorable terms for Nigeria, as part of the overall FSA.

The Buhari administration also commenced the execution of the Jonathan administration’s FSA, along with the Buhari’s MCA. According to the federal government, at the time, “execution of the agreements marks the commencement of process to liberate Ajaokuta Steel Plant from every arbitral encumbrance with GINL, which had held it bound since 2008.”

However, Global Steel Holdings (GSH) in 2020, threatened resumption of the ICC arbitration in abeyance, with a cost implication of as much as $10-14 billion in potential damages against FG, in respect of all the five contracts that were cancelled by the Yar’Adua administration.

Malami stated that, “For this process Nigeria signed on Dr Tunde Ogowewo, a barrister (and senior academic at King’s College London), to advise the FGN through the process of the final and full resolution of the arbitral claims. He produced a 1,000-page report on the case. PwCNigeria was also engaged by the Nigerian government during the process.”

Following resolution of the dispute on August 19, 2022, Nigeria on Sunday then announced settlement of the $5.258 billion claim in mediation under the International Chamber of Commerce (ICC) ADR framework, for $496m – less than 10 per cent of the original sum being claimed.

“By this settlement, the Buhari administration, has rescued the Nigerian steel, iron ore and rail industries from a variety of interminable and complex disputes with Global Steel Holdings (GSH) and Global Infrastructure Nigeria Limited (GINL), as well as saved Nigerian taxpayers and the treasury from the significant damages that would have ensued,” Malami stated.

In his own reaction, Minister of Mines and Steel Development, Olamilekan Adegbite, advised that, “Future arrangements – sale or concessions – must be carried out with the interest of the nation at heart and in compliance with the law,” adding that, “If we fail, our steel sector will produce more litigation than steel.”

Malami, in conclusion, recommended the Ogowewo’s report with Reference: 15539/VRO/AGF/ZF/TO/AZR/SPN, “as a guide to successive governments on how to avoid such contractual disputes and where they occur, how to reach cost-effective savings for the benefit of the Nigerian taxpayer.”

Back to Top
Close
X
Waste pickers in Lagos tell their stories about a dangerous existence…Special ReportOlanrewaju Dada, Olabisi Onabanjo University Lagos, Nigeria’s economic hub, with a population of more than 15 million, generates an estimated 12,000 m…

X
17 strikes in 23 years: a unionist explains why Nigeria’s university lecturers w…Special ReportDele Ashiru, University of Lagos Lecturers at Nigeria’s public universities have been on strike 16 times since 1999. On 14 February 2022 they went bac…