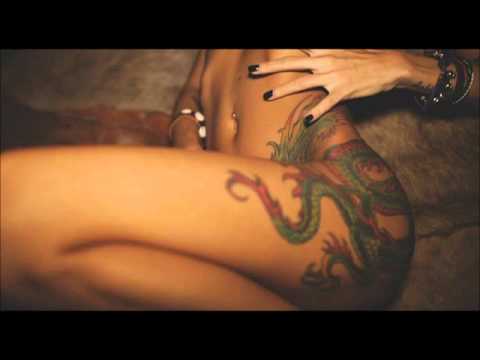 The sex many women are getting just isn’t that good

A consistent finding in psychology is that women, on average, are less interested in sex than men. They express lower sexual desire, want fewer lifetime sex partners, and are less open to casual sex compared to men. The reason for this gender difference in sexuality constitutes one of the great debates in psychology.

Some psychologists argue that this discrepancy in sexual desire is due to innate differences between men and women. According to the evolutionary approach, males can optimize their reproductive fitness by mating with lots of females and having as many offspring as possible. As a result, men should have high sex drives and be more open to casual sex.

Women, in contrast, are limited in the number of offspring they can produce. Furthermore, they’re the ones who bear the costs of pregnancy and childrearing. So, they should be picky about who they mate with, delaying the initiation of sex until they’re convinced the man will stick around to help care for the young ones.

Other psychologists maintain that this discrepancy in sexual desire is due to social factors. Specifically, we give adolescent boys and girls different messages regarding their sexuality.

On the one hand, young men are encouraged to sow their wild oats, and we’re generally permissive when they act on their sexual urges. Boys will be boys, after all.

On the other hand, young women are told that good girls don’t show their sexual interest—or even that they shouldn’t have any sexual urges at all. Young women who show too much eagerness for sex are slut-shamed. But sexually active young men never get this kind of treatment, and instead, they’re celebrated as studs.

Women Get Worse Sex Than Men

As is generally the case when it comes to group or individual differences, there’s no doubt that both nature and nurture play a role. However, University of Michigan psychologists Terri Conley and Verena Klein argue that there’s another reason for the gender difference in sexual desire that psychologists have missed until now. Namely, when men and women have sex, the women generally enjoy it less than the men do. Since they’re getting worse sex than men, these researchers argue, it’s no wonder that women don’t like it as much.

In an article they recently published in the journal Perspectives on Psychological Science, Conley and Klein outline four reasons why sex isn’t as good for women as it is for men.

The first reason has to do with anatomical differences between men and women. Boys are taught to hold their penises every time they urinate, so they quickly learn how pleasurable self-touching can be. Girls, in contrast, have no need to touch their clitorises in their daily lives, so they’re less likely to discover the pleasure of doing so on their own. As sexual adults, many women have difficulty orgasming because they don’t know that their clitoris needs to be stimulated, and they may even feel ashamed at doing so.

Furthermore, the penetrative nature of penile-vaginal intercourse means that women are far more likely to experience pain than men. And finally, women are the ones who get pregnant, which is experienced as a burden at its best and as utter misery at its worst.

The second reason is that women are more likely to be victims of sexual violence than men are. Men are generally bigger and stronger than women, and they tend to be more aggressive, so they’re less likely to be victims than women. If you’ve been sexually violated, it’s only natural to be wary of engaging in sex again, even with a new partner who seems safe.

In fact, fear of safety is a common reason that women give for declining an opportunity for casual sex. Whereas women need to feel safe before they can feel sexy, men can be turned on by potential danger. However, Conley and Klein also speculate that men who’ve been the victims of sexual violence should be just as cautious about entering into new sexual relationships as women are.

The third reason has to do with the sexual double standards that permeate our society. Although women today are more sexually liberated than they were 60 years ago, they still receive messages about how a “good girl” should behave. This is certainly true of casual sexual encounters, but even in committed relationships, many women still feel guilt or shame if they enjoy themselves too much during sex.

The fourth reason comes from our culture’s script for heterosexual behavior. According to this script, the man initiates sex, and if his partner is willing, this escalates to foreplay, which is mostly focused on building his erection. Once this is achieved, he inserts his penis in her vagina and thrusts until he orgasms. The woman is expected to somehow orgasm during this time as well, even though the clitoris is rarely stimulated during penetrative sex.

Although there are sexually educated couples who understand how to make sex pleasurable for both partners, too many couples think of sex as something that she does for him. That is, he gets an orgasm, and she gets the “pleasure” of having pleased him.

Furthermore, few couples communicate during sex. They think of having sex as “doing what comes naturally,” and see talking during this “animal act” as unnecessary or even inappropriate. On top of that, both men and women tend to be woefully ignorant of female sexual anatomy and…

Back to Top
Close
X
17 strikes in 23 years: a unionist explains why Nigeria’s university lecturers won’t back down…Special ReportDele Ashiru, University of Lagos Lecturers at Nigeria’s public universities have been on strike 16 times since 1999. On 14 February 2022 they went bac…

Why women don’t like sex as much as men

X
Nigeria battling floods ‘beyond control’ as warning given of dams overflowing…Special ReportFloods have affected half a million people, including 100,000 displaced, Nigeria’s National Emergency Management Agency saysNigeria is battling its wo…