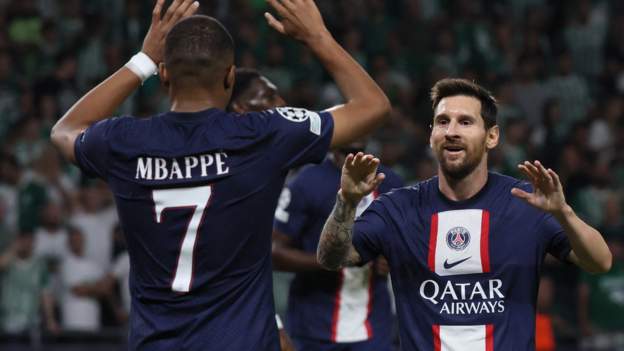 Tjaronn Chery gave the Israeli side a surprise lead in the first half.

But Messi levelled the scores before half-time, converting from eight yards after Mbappe’s cross.

Mbappe completed the comeback with 21 minutes left, scoring a fine angled finish, before Neymar split the offside trap late on to seal the three points for the Ligue 1 champions.

The Portuguese side also came from behind to beat Juventus 2-1 in Turin.

PSG come from behind after Maccabi Haifa scare