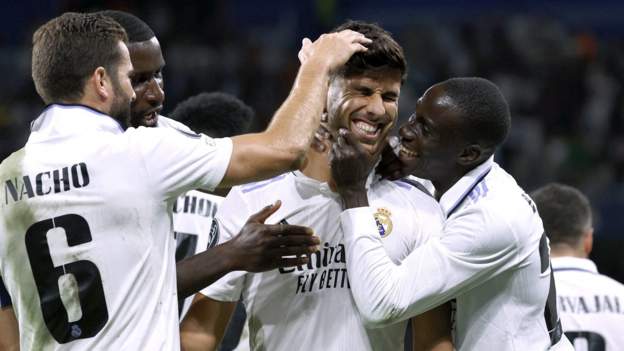 And Marco Asensio scored an excellent first-time finish from the edge of the box from Toni Kroos’ free-kick to seal the win for the European champions.

This is the first time they have won their opening two Champions League games since 2017-18.

X
PSG come from behind after Maccabi Haifa scareUncategorizedLionel Messi, Neymar and Kylian Mbappe all scored as Paris St-Germain survived a scare to beat Maccabi Haifa.Tjaronn Chery gave the Israeli side a sur…