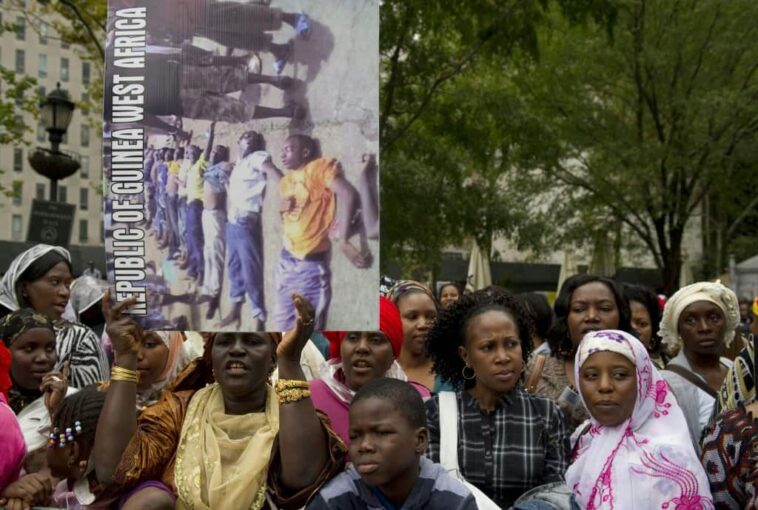 The West African state of Guinea on Friday announced that the long-awaited trial over a 2009 massacre will begin on September 28, 13 years to the day after an event that marked a turning point in its history. The proceedings will “revisit our history” and ensure “we all come out of this trial with a new vision of Guinea, where impunity will no longer have its place,” Justice Minister Alphonse Charles Wright said at a press conference.
He said he hoped for a “process of reconciliation.” On 28 September 2009, a group of NGOs and opposition parties organised a rally at a stadium in the capital Conakry. Thousands gathered there to protest against the possible presidential candidacy of then-junta leader, Moussa Dadis Camara, who had seized power in a December 2008 putsch…

Back to Top
Close
X
South Africans call for return of 'world's largest diamond' from Queen's sceptre…AfricaDemands are being made in South Africa for the world’s largest known clear-cut diamond to be returned following the Queen’s death.The Great Star of Af…

Guinea trial to start on anniversary of 2009 massacre

X
Chadian FM resigns blaming junta for his exitAfricaLegit Ng Chad's foreign minister resigned on Monday, accusing the ruling junta of sidelining him at a key forum aimed at steering the country to …