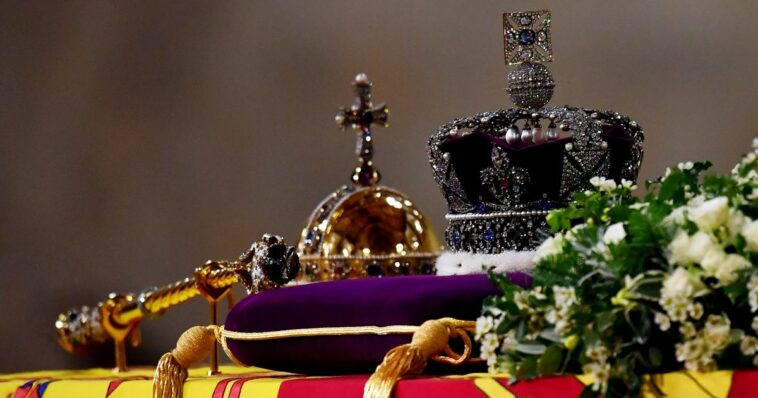 Demands are being made in South Africa for the world’s largest known clear-cut diamond to be returned following the Queen’s death.

The Great Star of Africa, or Cullinan l, is part of a larger diamond and gifted to the Royal Family after it was mined in South Africa in 1905 – when the country was under British rule.

Currently the massive diamond is held on the end of a sceptre that belonged to the Queen.

Now since the death of the Queen last week there has been growing calls in South Africa for the diamond to be returned as they believe it is theirs.

News of the Queen’s death has hit the headlines around the world with many people rushing to pay their respects and express their sadness.

Yet in some countries it has also led to discussions about the role of the monarchy and the part it has played in Britain’s colonial past.

In South Africa there has been plenty of debate in the media about who owns the Great Star of Africa as well as other precious stones that were mined in the country.

Back to Top
Close
X
Fuel prices skyrocket after removal of subsidy by Kenya's new president…AfricaFuel prices in Kenya have soared to a record high after the new government removed the country’s petrol subsidy. On Wednesday, the price of petro…

X
Guinea trial to start on anniversary of 2009 massacre…AfricaLegit Ng The West African state of Guinea on Friday announced that the long-awaited trial over a 2009 massacre will begin on September 28, 13 yea…