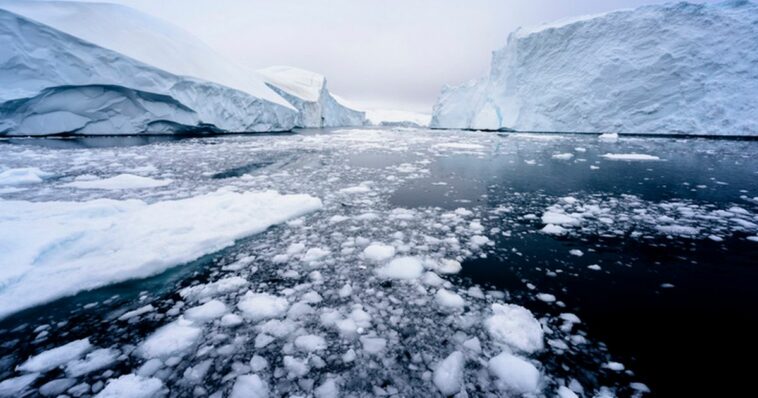 Science boffins have proposed re-freezing the north and south poles in an attempt to combat climate change.

The ambitious plan, called ‘stratospheric aerosol injection’ (SAI), would see microscopic particles of aerosol released into the air at an altitude of over 8 miles high.

The idea is that this would create ‘shade’ as the particles drift towards the poles, allowing the conditions in which the ice caps can refreeze, to combat rising seas.

This would be done during the time when days are longer in spring and summer.

Particles would be dropped on a latitude of 60 degrees north and south. In the north of the planet, this latitude line darts across parts of Shetland Islands, Alaska, Russian and Canada.

In the south, the line is below the bottom tip of South America and is close to the islands of South Georgia and the South Sandwich islands.

The practicalities of the plan would involve specially designed aircraft, with already existing military planes deemed unsuitable for the task.