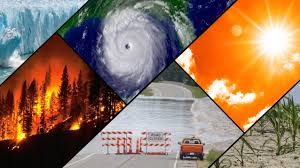 The Minister of Environment,  Mohammed Abdullahi, while unveiling the N-CAP at the commemoration of World Ozone Day (WOD) in Abuja at the weekend said the objective of N-CAP was to deliver the global environment agenda.

Represented by Mr Charles Ikea, Director, Pollution and Environmental Health of the ministry, the minister said that the WOD is an annual event that commemorates the date of the signing of the Montreal Protocol (MP) on substances that deplete the Ozone layer.

He said the Montreal Protocol has continued to provide a platform for more than 198 countries to work together to phase out Ozone Depleting Substances (ODS), so as to protect the Ozone layer.

Abdullahi said that the protocol was the most successful environmental agreement to date, with universal ratification.

He said that the theme for the 2022 WOD is “Montreal Protocol at 35: Global Cooperation Protecting life on Earth”.

Abdullahi noted that the theme highlighted the protocol’s positive impact on the Ozone layer.

He explained that Nigeria signed the Protocol in 1988 and subsequently ratified all its related amendments, to further protect the climate.

According to him, in order to ensure the operationalisation of the N-CAP being unveiled, an implementation plan is developed and agreed by stakeholders

“The Plan includes the strategies to be adopted, activities or actions to ensure the success of these strategies, the responsible parties and timeline.

“A major strategy of the N-CAP that will support the transformation of the market of inefficient cooling appliances to more efficient ones, is the rebate scheme.

“This is where a large number of energy efficient cooling appliances need to be procured and exchanged with obsolete and inefficient ones at a subsidised price,’’ Abdullahi said.

The minister said that the scheme would require adequate funding, urging financial institutions to co-operate and support the ministry.

X
Don’t believe the hype about Antarctica’s melting glaciers…EnvironmentWSJTwo recent studies reported in the media focus on the terminus of glaciers—i.e., where the ice, the ocean and the ground come together. One study u…