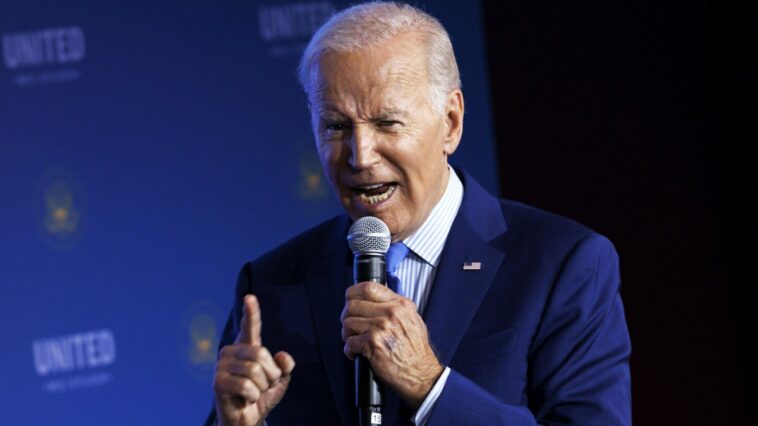 President Joe Biden (D) claimed during an interview Sunday night that he was “growing the economy” despite the fact that the U.S. economy has shrank for two consecutive quarters in what economists have long indicated is a warning sign that an economy is in a recession.

Biden made the remarks during an interview on CBS News’ “60 Minutes” with leftist host Scott Pelley.

“Is the economy going to get worse before it gets better?” Pelley asked Biden.

“No. I don’t think so,” Biden responded. “We hope we can have what they say, ‘a soft landing,’ a transition to a place where we don’t lose the gains that I ran to make in the first place for middle-class folks, being able to generate good-paying jobs and — expansion. And at the same time — make sure that we — we are — are able to continue to grow.”

“And you would tell the American people that inflation is going to continue to decline?” Pelley asked.

“No, I’m telling the American people that we’re…

Back to Top
Close
X
Biden shocks White House by declaring ‘pandemic is over’ while hundreds of Americans die every day…HeadlinesThe Daily Wire President Joe Biden (D) said during an interview on Sunday that the pandemic was “over,” despite numbers from the CDC showing hundreds …

Biden Claims He’s ‘Growing The Economy’ While It Continues To Shrink, Warns Inflation Not Going Away