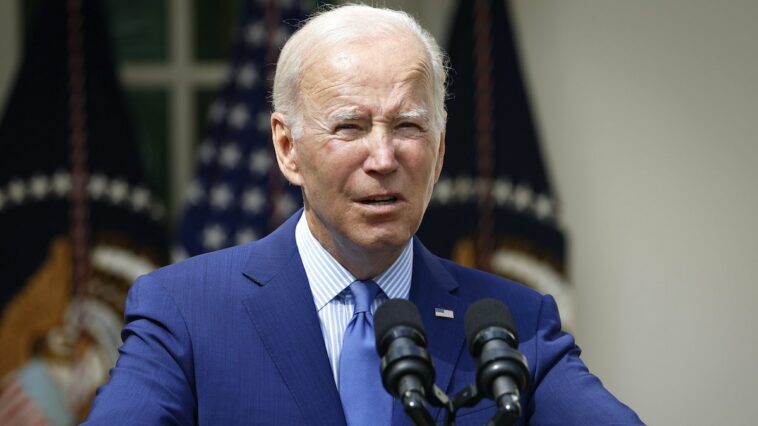 President Joe Biden (D) tried to downplay during an interview that aired on Sunday the skyrocketing inflation rates that have erupted under his presidency, saying that people need to put things in “perspective.”

Biden made the remarks during an interview on CBS News’ “60 Minutes” with leftist host Scott Pelley.

“Mr. President, as you know, last Tuesday the annual inflation rate came in at 8.3%. The stock market nosedived. People are shocked by their grocery bills,” Pelley said. “What can you do better and faster?

“Well, first of all, let’s put this in perspective,” Biden said. “Inflation rate month to month was just — just an inch, hardly at all.”

‘I Got That’: Biden Claims People Who Are Hurting Because Of Inflation Need To ‘Put This In Perspective’

X
Court fixes Wednesday to rule on FG’s suit against ASUU…HeadlinesThe National Industrial Court has fixed Wednesday, September 21 to rule on the application for an interlocutory injunction filed by the Federal Govern…