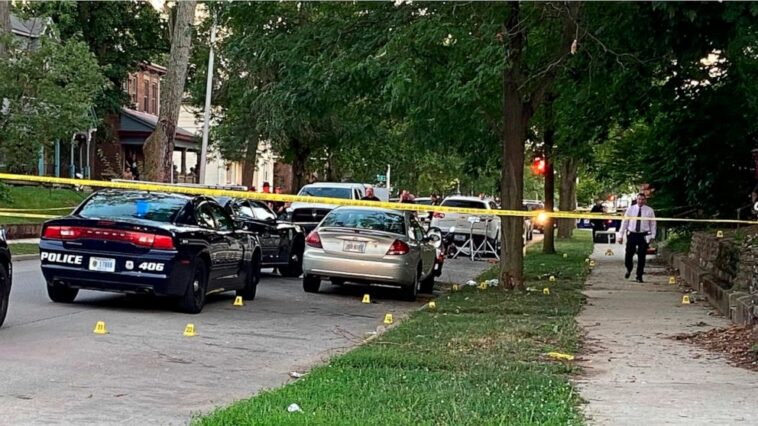 RICHMOND, Ind. — An eastern Indiana police officer who was shot in the head during a traffic stop in August has died more than two weeks after she was removed from life support, authorities said.

“We would sincerely like to thank the Richmond community, and those who have supported Seara, her family, and the department from near and far,” the statement from several officials said.

Burton was critically wounded in the shooting Aug. 10. The 28-year-old officer was moved to hospice care, two days after she was removed from life support on Sept. 1 at a hospital in Dayton, Ohio.

Burton’s remains were to be escorted by Richmond police and other agencies from the Dayton area on Monday afternoon.

Burton was a four-year veteran of the department in Richmond, about 65 miles (105 kilometers) east of Indianapolis.

Prosecutors have charged Phillip Matthew Lee, 47, with three counts of attempted murder, three drug possession counts for methamphetamine, cocaine and heroin and possession of a firearm by a serious violent felon. He has pleaded not guilty.

Back to Top
Close
X
Hisbah arrests man, woman having 'public sex' in Zamfara motor park…In Other NewsDaily Nigerian Officials of the Zamfara State Hisbah Commission and Shariah Board have arrested a man and a woman publicly ‘making love’ inside a…