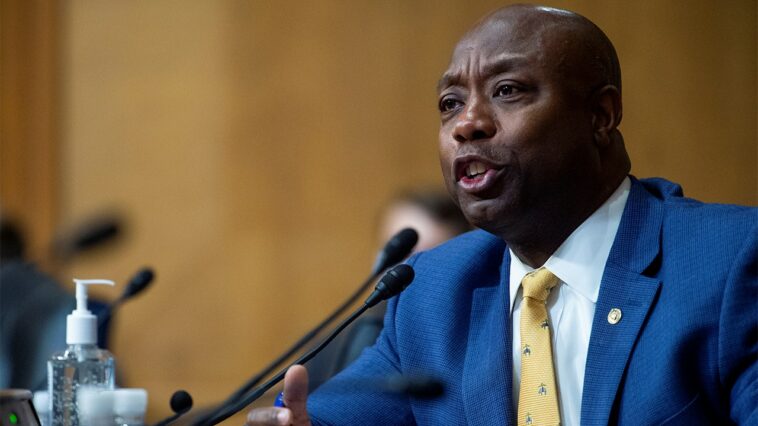 Sen. Tim Scott, R-S.C., appeared on “Sunday Night in America” to discuss the impact of rising inflation rates on average Americans ahead of the midterm election.

Although inflation was thought to have “cooled down” in July, new economic reports showed that inflation increased by 8.3% year-over-year in August, which was .1% higher than economists originally predicted. Despite the bad inflation report, Biden celebrated the passage of his “Inflation Reduction Act” on Tuesday in what many saw as a tone-deaf display.

“Since Biden has taken office, inflation has been up 17 straight months in a row. That is really bad news for people living paycheck to paycheck. The truth is Biden’s inflation equals a pay cut for Americans all across the country,” Scott said.

X
Biden Declares U.S. Troops Will Engage In War With China If Taiwan Attacked, Whi…HeadlinesThe Daily Wire President Joe Biden (D) declared during an interview on Sunday night that the U.S. Military would engage in war with communist China if…