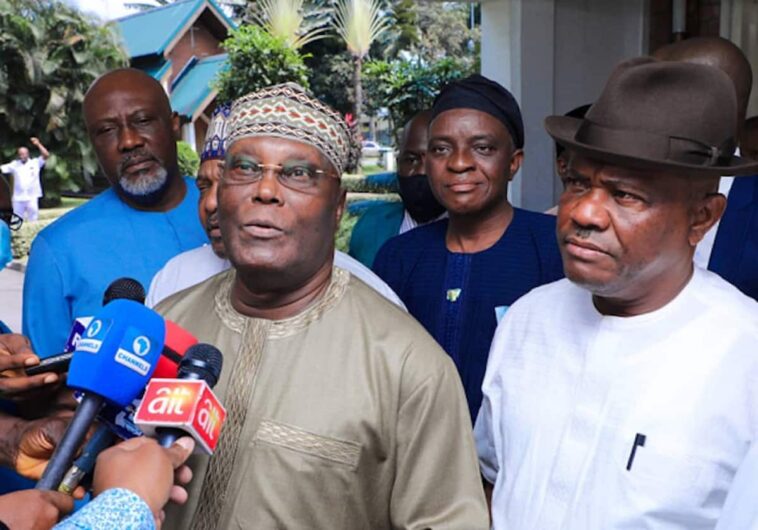 Nyesom Ezenwo Wike, Governor of Rivers State, has been somewhat quiet recently. He had dedicated days, and weeks past to throwing jabs, tirades and tantrums at a number of political leaders and personalities, who he believes, collaborated to deny him the presidential ticket of his party, the Peoples Democratic Party (PDP).
His name featured on the just released National Campaign Council of the PDP, put together to drive the presidential project of former Vice President Atiku Abubakar and the party. Hopefully, Wike has reached some rapprochement with his party to have been included in that list. But just in case he hasn’t, Wike may have potentially found himself in the cold in the ongoing PDP calculus. He may have overrated his importance and what his state potentially, can bring to the table, and met his comeuppance. His ‘aseju’ to borrow the Yoruba word, may have consumed him.

The appointment of Governor Udom Emmanuel as Chairman of the Presidential Campaign Council, has potentially flattened Wike’s arrogance. Udom brings calm and urbaneness to the project. He flies a state-owned jet like Wike, has a ‘deep pocket’ and respectable electoral numbers. Add Delta State which presently has almost equal number of voters as Rivers State, and the South South is almost sealed without Wike.

Wike is at loggerheads with Governor Obaseki of Edo State, and didn’t support Governor Duoye Diri of Bayelsa, openly expressing preference for Timi Alaibe, during Bayelsa primaries. Wike will slide into effective “lameduck” status by the turn of the year, if care is not taken. He will be battling to enthrone his preferred successor who is wanted by the EFCC. Magnus Abe’s defection to SDP may sway his Ogoni kinsmen to vote SDP, to spite Wike. Rejection by powers that be in the Presidential Villa, of his recent negotiations with Bola Ahmed Tinubu in London, reason being that the party will not jettison Rotimi Amaechi, may have further compounded his confusion.

Wike unarguably, remains one of the greatest beneficiaries of the present political dispensation. He has logged 24 full years in office at our communal expense. He evolved from Local Government Chairman, to Chief of Staff to Rivers State Governor, on to Minister of State, to supervising Minister, and ultimately ultra-influential Governor of Rivers State. He is a victim of personal greed and vaunting ambition. His best bet? Stick with his party so he can get some protection if his party carries the day. EFCC sure has a way of turning up with petitions we never knew it has in its kitty…