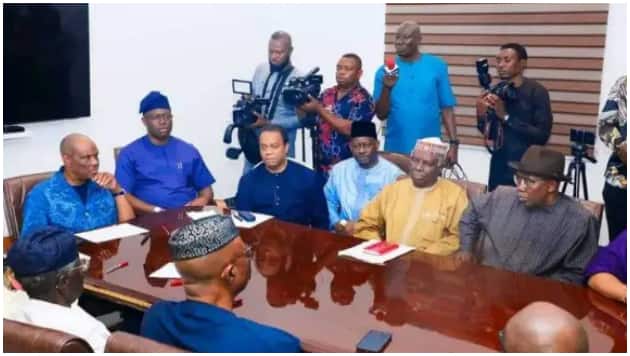 It is no more a secret that some of the chieftains of the Peoples Democratic Party (PDP) who were recently appointed as members of Atiku Abubakar’s presidential campaign council have backed out in protest.

The PDP bigwigs have at least one common demand made many times to the party’s leadership: the immediate resignation of the national chairman, Iyorchia Ayu.

Like Governor Nyesom Wike, these politicians, majorly of southern extraction, are claiming that there is imbalance in the party’s national structure in terms of top roles given to southern and northern members.

The names of the PDP chieftains who took the decision on Wednesday, September 21, to make a big statment are as follows:

Before his appointment, Dembos served as the executive director of the NTA’s marketing department.

Back to Top
Close
X
Woman who earned £147k selling wind makes one final fart jar to honour Queen…RifsDaily StarA woman who earned a fortune from selling her farts has made a tribute to Queen Elizabeth II.Steph Matto, 31, from Connecticut, US, first ma…

X
Ummita: Untold story of Kano’s deadly love affair…RifsThe gruesome murder of 23-year-old Ummukulsum Sani Buhari (popularly known as Ummita) in Kano last Friday as well as the nature of the relationship be…