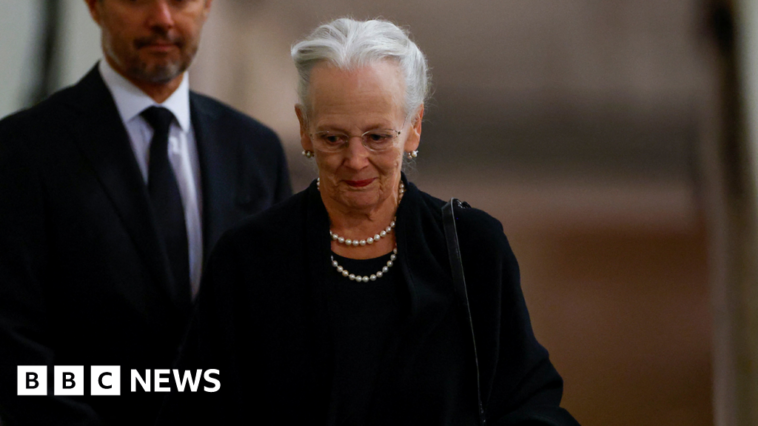 The Queen of Denmark has tested positive for Covid-19 for the second time this year, the Danish Royal Court has confirmed.

Queen Margrethe II has cancelled her appointments for this week after the diagnosis on Tuesday evening.

The 82-year-old monarch was one of 2,000 guests who attended Queen Elizabeth II’s state funeral on Monday.

She is Europe’s longest-serving head of state following the British monarch’s death.

She and Queen Elizabeth were third cousins, both being descended from Queen Victoria.

Queen Margrethe has been vaccinated against Covid and last tested positive in February this year when she presented mild symptoms.

In a statement on the palace website, a spokesperson said she would be recovering at Fredensborg Palace, north of Copenhagen.

Her son and heir, Crown Prince Frederik, and his wife Mary, the Crown Princess, will take her place in hosting members of the government, the Danish parliament, and Danish members of the European Parliament at a reception on Friday in Copenhagen.