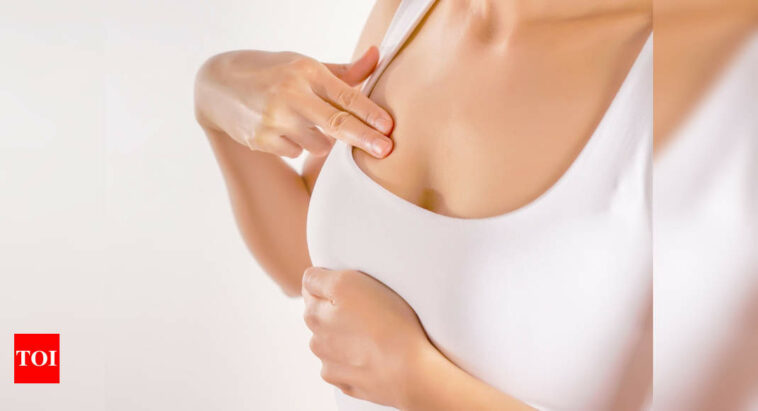 Having regular intercourse is quite healthy for you. In fact, the act of having sex is actually much more than making love. There are a lot many changes which happen inside your body which people are unaware of. Sex, frankly, affects your body in more ways than one, including a change in your breasts. Yes, believe it or not, what we are claiming here holds true.

One of the most common benefits of having regular sex is seen in higher than normal cortisol levels, a happier mood, and many more benefits.

Sex actually changes your body in the short term and the long term. For firsts, the short term difference you see is in your breast size. When you indulge in intercourse, the shape and size of your breasts undergoes a temporary change due to the apparent change in the blood circulation. You might also notice that the veins around your breast become more prominent and make the breasts appear fuller and perkier.

What’s more? Breasts can increase in size anywhere from 15 to 25 percent, which is certainly big. And all of this happens when you have an orgasm. Science can tell you WHY.

When women orgasm, they undergo a plethora of changes. The heart beats faster, endorphins are released, dopamine levels shoot up and also, the body’s estrogen and progesterone levels also reach their peak, which is ultimately responsible for the stimulation of the breast tissue, making them perk up when you orgasm.

This also tends to happen when women ovulate. Their libido increases and the same hormones stimulate a temporary increase in the size of the breast.

Experts also say that during sex and ultimately climaxing, there are also chances that your breasts look different, including an apparent change in the colour of your nipples and a change in the size. During sexual intercourse and foreplay, during stimulation, oxytocin is released which makes them erect.

Back to Top
Close
X
Nigeria battling floods ‘beyond control’ as warning given of dams overflowing…Special ReportFloods have affected half a million people, including 100,000 displaced, Nigeria’s National Emergency Management Agency saysNigeria is battling its wo…