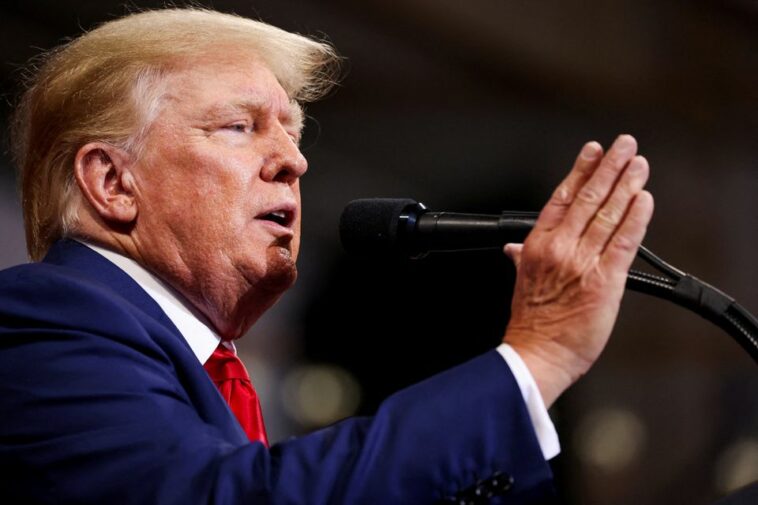 Former US President Donald Trump and his adult children were sued for “numerous acts of fraud and misrepresentation” on Wednesday by New York state’s attorney general in a civil investigation into his president’s business practices, court records showed.

According to Reuters, the lawsuit, filed in a New York state court in Manhattan, accused the Trump Organization of wrongdoing in preparing Trump’s annual statements of financial condition from 2011 to 2021. It also named the Trump Organization, the former president’s son Donald Trump Jr. and his daughter Ivanka Trump as defendants.

Attorney General Letitia James said Trump and the Trump Organization misstated the values of its real estate properties to obtain favourable loans and tax benefits. She said she was referring allegations of criminal wrongdoing to federal prosecutors in Manhattan and the Internal Revenue Service.

“With the help of his children and senior executives at the Trump Organization, Donald Trump falsely inflated his net worth by billions of dollars to unjustly enrich himself and cheat the system,” James said in a statement.

The lawsuit marks one of the biggest legal blows for Trump since he left office in January 2021. Trump is considering running again for president in 2024.

James told reporters she is seeking to have the defendants give up all the benefits he obtained from fraud, estimated at $250 million. The lawsuit also seeks to bar Trump and his children from running companies in New York, and to bar the Trump Organization from engaging in real estate transactions James has been conducting a civil investigation into Trump’s business practices for more than three years.

X
How Trump survived decades of legal trouble: Deny, deflect, delay, and don’t put…United StatesFifty years ago, Donald Trump learned the legal strategy that would repeatedly get him out of tight legal jams. It was 1973 and the Justice Department…