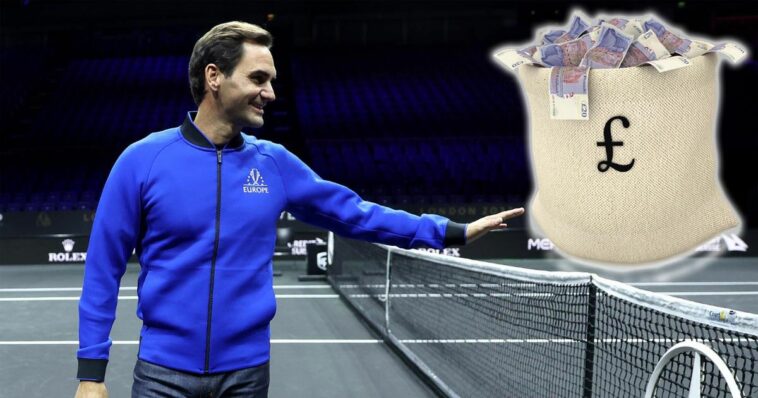 Tennis fans hoping to see Roger Federer in action for one final time face having to spend their life savings after resale prices for Laver Cup tickets rocketed.

Last week, the Swiss maestro released an emotional statement confirming he would be retiring at the conclusion of the team event, which sees Team Europe take on Team World at The O2 Arena. Federer is retiring following fitness issues which have plagued him over the past year, and it has since been confirmed that he will only play in the doubles on Friday night.

But that hasn’t stopped fans clamouring for tickets anyway, with the official event website crashing just minutes after the all-time great made his announcement last Thursday. According to aceodds.com , demands for seats have escalated more than 4000%.

Back to Top
Close
X
The story behind why Griezmann is only playing 30 minutes per game…SportsAccording to their boss Diego Simeone, Atletico Madrid play better with Antoine Griezmann in their line-up. So why - last weekend's derby against Real…

Roger Federer Laver Cup tickets selling for up to £46,000 ahead of his farewell