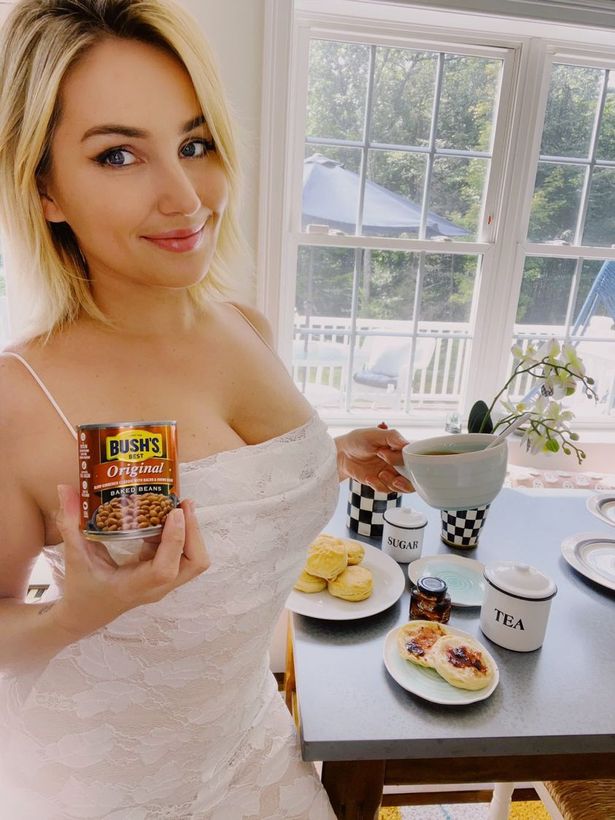 A woman who earned a fortune from selling her farts has made a tribute to Queen Elizabeth II.

Steph Matto, 31, from Connecticut, US, first made headlines for earning a fortune from forcing out farts.

But after suffering symptoms of a heart attack, the self-proclaimed “fartrepreneur” was forced to bow out of her unique business.

She has since started her work on adult-content site Unfiltrd while selling boob sweat jars on the side.

And despite being nearly 3,500 miles away from the UK, Steph felt “sad” after hearing Her Majesty passed away on September 8.

While the world began mourning the loss of Britain’s longest reigning monarch, Steph decided to whip up her own tribute.

Following a diet of scones, venison, biscuits and baked beans for 24 hours, she fulfilled the special request.

She washed it down with a pot of British tea then sealed the goods in its own jar and shipped it to a UK customer for £1,735.

Steph, who has 301,000 Instagram followers, told NeedToKnow.online: “Her farts must have been lovely.

She added: “I’ve been out of the fart jar business for a while now due to health but I felt it was a good ode to the Queen.

“He wanted me to only consume a diet of what the Queen would normally eat. Honestly I had no idea so I had to do some research.

“I ended up eating some biscuits, jam, venison, and added lots of beans into my diet since I know that’s what the British eat…

Back to Top
Close
X
King Charles III accused of racism after controversial gesture towards black man…RifsOn Monday, the newly-crowned King Charles III experienced a new controversy at Queen Elizabeth II's state funeral. As he attended the masses, where th…

X
2023 elections: Makinde, Fayose among PDP bigwigs who dumped Atiku's campaig…RifsLegit NGIt is no more a secret that some of the chieftains of the Peoples Democratic Party (PDP) who were recently appointed as members of Atiku Abuba…