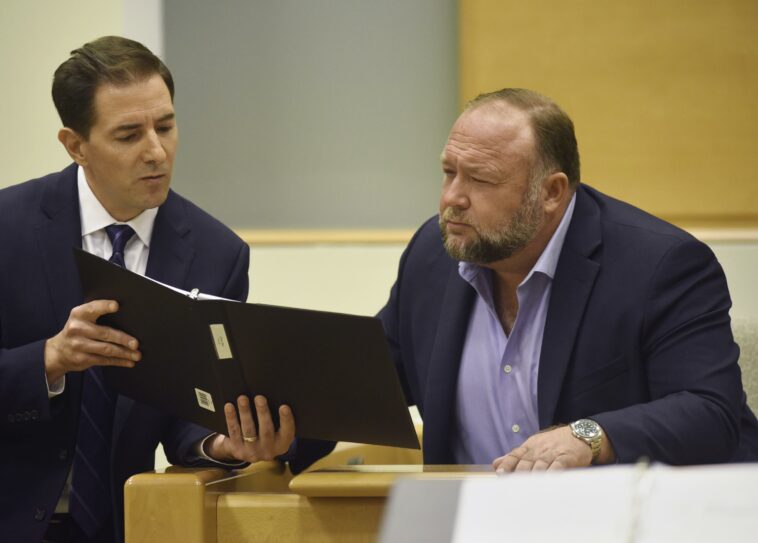 WATERBURY, Conn. — Alex Jones took the stand Thursday at his Connecticut defamation trial, acknowledging he had promoted the conspiracy theory that the 2012 Sandy Hook massacre was a hoax, but angrily refusing to keep apologizing for that.

More than a dozen relatives of the 26 shooting victims showed up to observe his often contentious testimony in Waterbury Superior Court, about 20 miles (32 kilometers) from Newtown, where the shooting occurred.

Jones was found liable last year by default for damages to plaintiffs without a trial, for what the judge called his repeated failures to turn over documents to their lawyers. The six-member jury is now deciding how much Jones and Free Speech Systems, parent of Jones’ Infowars media platforms, should pay the families for defaming them and intentionally inflicting emotional distress.

On Thursday, Jones admitted calling parents “crisis actors” on his show and saying the shooting was “phony as a three-dollar bill.”

Back to Top
Close
X
Freed hostage says captor forced him to record message to his daughter…More NewsAs he sat tied up and hooded in the darkness of a lorry driven by his Russian captors, John Harding sensed his life was about to end. The former engin…