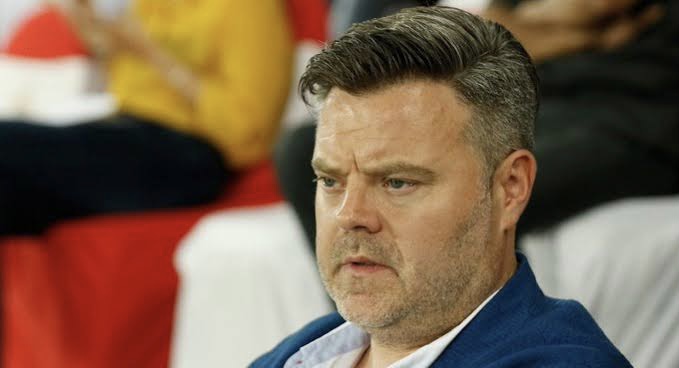 Chelsea have dismissed commercial director Damian Willoughby less than a month after his appointment over explicit comments sent to an agent before joining the Blues.

Willoughby’s sacking came as a result of an inappropriate text believed to have been sent to football agent and chief executive of C&P Sports Group, Catalina Kim.

Prior to him joining the Premier League club earlier this month, Willoughby texted Kim asking for a ‘naughty’ meet-up and requested for naked photos from the female agent.

The agent lodged a complaint with the Chelsea president Tom Glick, which subsequently resulted in Willoughby’s untimely exit from the helm of affairs at Stamford Bridge.

“Evidence of inappropriate messages sent by Mr Willoughby, prior to his appointment at Chelsea FC earlier this month, has recently been provided to and investigated by the club.

“While they were sent prior to his employment at the club, such behaviour runs absolutely counter to the workplace environment and corporate culture being established by the club’s new ownership,” the spokesman said.

Willoughby once had a three years stint with Chelsea between 2007 and 2010.

X
Controversial supercomputer predicts final PL table with Arsenal champions…English FootballThe dreaded supercomputer is back... and it's even more shocking than usual.Throughout each season, various supercomputers predict how the Premier Lea…