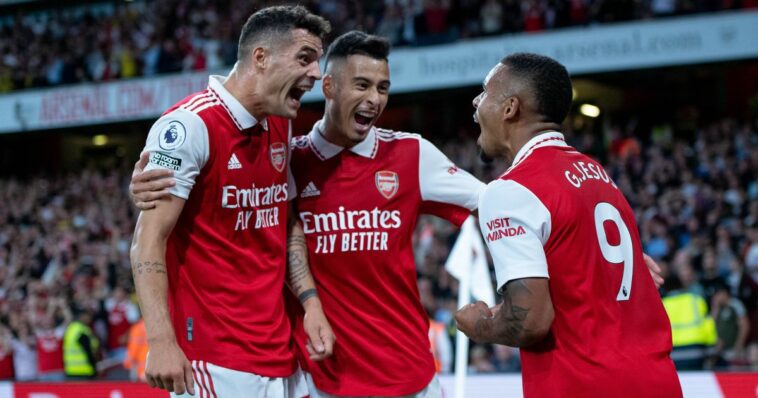 The dreaded supercomputer is back… and it’s even more shocking than usual.

Throughout each season, various supercomputers predict how the Premier League table is going look come May. Right now, Arsenal are leading the way in the Premier League – sitting one point ahead of champions Manchester City and bitter rivals Tottenham.

Brighton are also in the top four and Fulham are sixth, while pre-season contenders Chelsea and Liverpool are seventh and eighth respectively. At the other end of the table, Leicester, Nottingham Forest and West Ham are sitting in the bottom three – with Aston Villa, Crystal Palace and Wolves hovering just above the drop zone.

Most critics accept the table won’t look like this come the end of the season. For example, Liverpool are expected to finish in the top four and it would be a shock to see West Ham in a relegation battle. Yet Football Web Pages’ supercomputer sees things differently.

According to their mystic powers, Arsenal will win the Premier League title by three points. What’s most surprising about this prediction is Man City are tipped to win all 19 of their home games and still finish second! And that’s not the only shocking call.

Brighton are backed to finish level on points with Pep Guardiola’s side by winning all but one of their games at the Amex – and Tottenham are also predicted to have a 100 per cent record at home. Antonio Conte’s side are tipped to finish fourth.