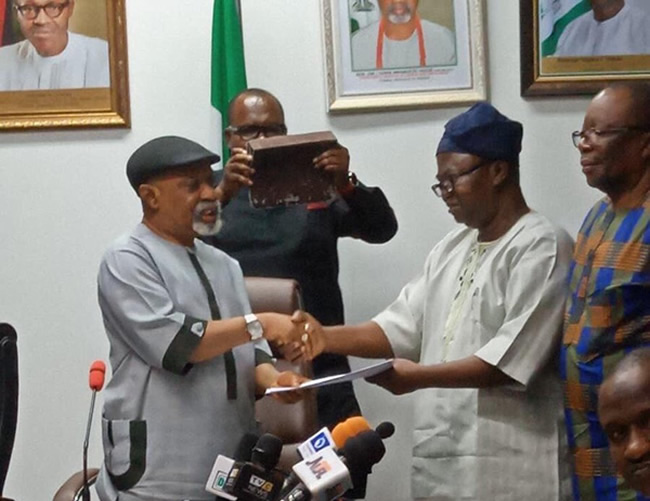 The Chairman of the Academic Staff Union of Universities, Ebonyi State University Chapter, Comrade Ikechuku Igwenyi, has said with Wednesday’s court judgement ordering Nigeria’s universities lecturers to return to the classroom, the Federal Government has declared ‘war’ against members of the union.

This was as he pointed out that, the, “No work, no pay” policy of the government shows the authorities lack an understanding of the nature of the contract between the lecturers and their employers.

He stated this while reacting to Wednesday’s Federal Government-ASUU court judgement, in Abakaliki, the Ebonyi State capital, on Thursday.

He said, “When a matter leaves the round and peaceful negotiation table to the Court, it becomes difficult to predict the possible end of the imbroglio. It has therefore become obvious that the Federal Government of Nigeria has clearly declared war against academic staff in Nigerian Federal Universities using the weapons of forced labour, hunger and starvation through non-payment of outstanding 7 months’ salaries…

Back to Top
Close
X
DSS urges ASUU to call off strikeHeadlinesPunch News The Department of State Services on Thursday appealed to the Academic Staff Union of Universities to call off the ongoing strike.The D…

X
Presidency planning to ‘impose’ Yusuf Buhari's doctor as CMD of National Hos…HeadlinesDaily Nigerian Forces at the Presidency are making frantic efforts to compromise the process of appointing a substantive Chief Medical Director, …