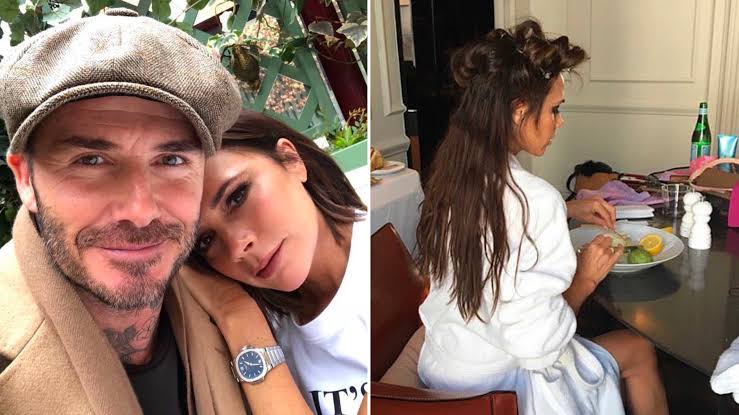 Former England captain David Beckham has revealed his wife, Victoria, eats the exact same meal every day and has done since they got together 25 years ago.

Beckham met the former Spice Girl back in the 90s and despite their relationship becoming worldwide news, they’ve stood the test of time.

There have been some obstacles to overcome though. How major they are, that’s completely up to you.

“I get quite emotional about food and wine, when I’m eating something great I want everyone to try it,” he admitted.

“Unfortunately I’m married to someone that has eaten the same thing for the last 25 years.

“Since I met her she only eats grilled fish, steamed vegetables, she will very rarely deviate from that.”

The 46-year-old continued: “The only time she’s probably ever shared something that’s been on my plate was actually when she was pregnant with Harper and it was the most amazing thing.

“It was one of my favourite evenings. I can’t remember what it was but I know she’s not eaten it since.”

David and Victoria have four children together and their second oldest son, Romeo, has followed in his dad’s footsteps in becoming a professional footballer.

Back to Top
Close
X
Man Utd plan to activate Tottenham target's release clause in January, as Serie A expert clarifi…SoccerTeamtalkMan Utd want to sign Napoli defender Kim Min-jae in January and details of South Korean’s release clause have been confirmed, though a trusted…