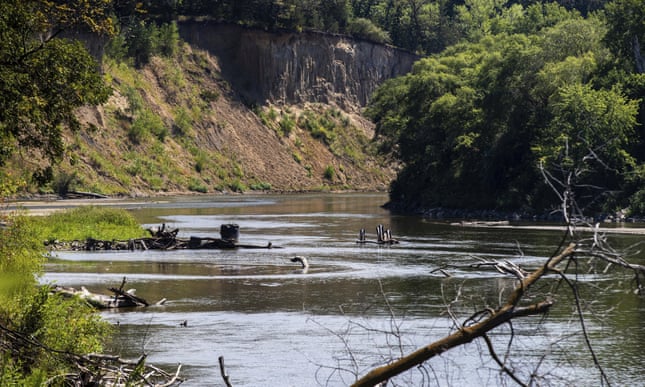 The death of a child in Nebraska this summer put the rare but deadly Naegleria fowleri – more commonly known as brain-eating amoeba – back in the headlines. The amoeba lives in warm, fresh water and can enter the body through the nose, where it travels to the brain and starts to destroy tissue.

The case underscored a troubling new reality – climate change is encouraging the amoeba to pop up in parts of the US where it isn’t typical, such as the north and west.

Naegleria grows best in warm waters – temperatures above 30C, and can tolerate temperatures of up to 46C, says Charles Gerba, a microbiologist at the University of Arizona. That makes it well-suited to spread in a warming climate.

“It likes warm surface waters during the summer in the northern latitudes,” he says.

The amoeba causes an illness called primary amebic meningoencephalitis, and while getting sick is rare – between 2012 to 2021, only 31 cases were reported in the US, according to the Centers for Disease Control – it’s incredibly lethal. According to the CDC, only four people out of 151 have survived the infection between 1962 and 2020.

In the US, Naegleria has typically been limited to the southern states, but in recent years it has spread steadily northward. A 2021 study showed that even though the rate of infections hasn’t budged, the amoeba is moving from southern states to midwestern areas. It’s been found as far north as Minnesota.

Back to Top
Close
X
Don’t believe the hype about Antarctica’s melting glaciers…EnvironmentWSJTwo recent studies reported in the media focus on the terminus of glaciers—i.e., where the ice, the ocean and the ground come together. One study u…

X
Hurricane Fiona: Canadians brace for flooding, outages…EnvironmentBBC Hurricane Fiona has pummelled Bermuda with heavy rains and winds early Friday on its way up to Canada's Atlantic coast. Officials in Can…