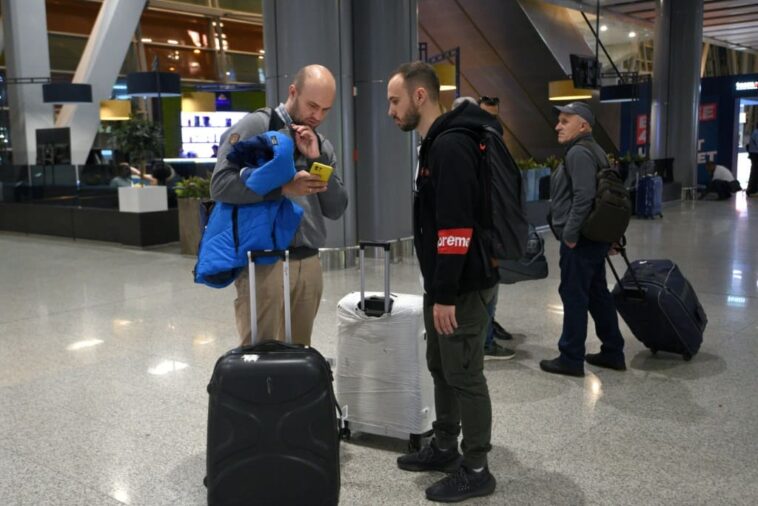 Dmitri flew to Armenia with just one small bag, leaving behind his wife and children, adding to the thousands fleeing Russia to avoid serving in the war against Ukraine. “I don’t want to go to the war,” he told AFP. “I don’t want to die in this senseless war. This is a fratricidal war.”
Russian President Vladimir Putin’s decision this week to mobilise several hundred thousand reservists has spurred a fresh exodus over the country’s borders. “The situation in Russia would make anyone want to leave,” said another new arrival, 44-year-old Sergei, who arrived with his teenage son. Looking lost and exhausted in an Armenian airport, he confirmed that they had fled “because of the mobilisation”, but refused to give his full name. “We choose not to wait to be called up,” said his 17-year-old son Nikolai. “I am not panicking, but I feel this uncertainty,” he added.
It was a sentiment shared by other Russians arriving off the same flight to Yerevan…

X
What Russia wants from the votes in occupied Ukraine…NewswireBBCRussian-backed officials in four occupied regions of Ukraine are holding self-styled referendums on joining Russia.Denounced as illegitimate and a …