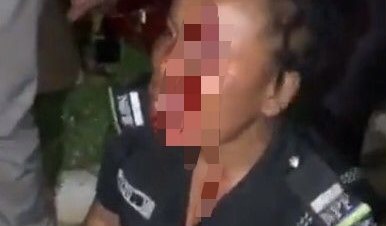 Force Spokesman Muyiwa Adejobi made the disclosure in a statement on Thursday, following public outcry as images of the policewoman’s battery went viral online.

Mr Adejobi said contrary to claims, Ms Duke, a self-styled human rights activist, is just a name-dropper who has no direct connection to the inspector general as insinuated.

“It is pertinent to clarify that the suspect, Professor Zainab, who name-drops the IGP, his family members and other police officers in the top hierarchy of the Force has no acquaintance with the police in any form as erroneously peddled on social media,” Mr Adejobi clarified.

The police orderly was reportedly assaulted at the Professor’s Garki, Abuja residence on Tuesday, for refusing to do house chores as it was a breach of her official duty…

IG orders prosecution of professor over assault on police orderly