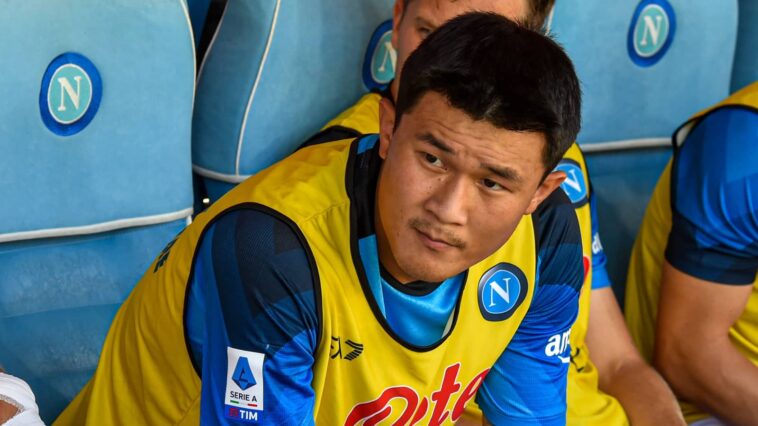 Man Utd want to sign Napoli defender Kim Min-jae in January and details of South Korean’s release clause have been confirmed, though a trusted source claims all is not what it seems.

The 25-year-old was signed by Napoli this summer to replace Chelsea-bound Kalidou Koulibaly. Kim Min-jae arrived fron Turkish side Fenerbahce for a fee in the region of £15.5m having been courted by a series of European giants, including Tottenham.

“But we wanted Kim to be able to play in a good team with a certain continuity, and that team was Napoli,” he added.

Since moving to Naples, Kim has bedded in quickly and has been an integral part of their fast start to the new campaign.

Indeed, he’s started eight of Napoli’s nine matches across all competitions. He’s even provided a pair of goals to go along with his solid defensive displays.

Napoli currently top both Serie A and Group A in the Champions League. Kim’s manful displays have been a major factor on both fronts.

However, his performances have not gone unnoticed.

CNN Turkey reported Manchester United have liked what they’ve seen and are prepared to activate his release clause in January. The reason CNN Turkey are reporting on Kim likely stems from the fact he recently played for Turkish side Fenerbahce.