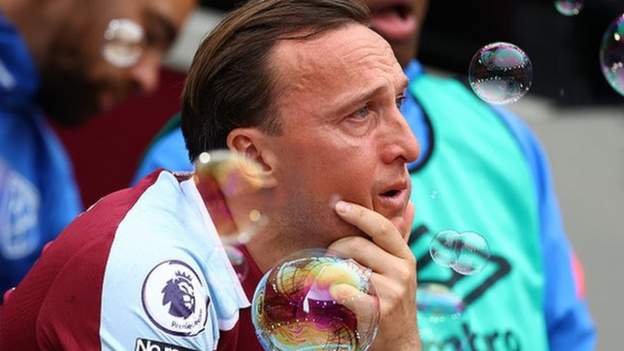 The ex-midfielder ended his playing career this summer after making 550 appearances for the Hammers.

The newly created role will see Noble, 35, work with manager David Moyes and the club’s board of directors across all aspects of its football operation.

“I’m really happy to be coming back,” said Noble. “It’s a great honour to take up this role at West Ham United.”

He added: “I see it as a position that I can grow and develop in both personally and professionally.

“The last two seasons have been a time of great progress, and I want to help us to continue moving forwards in the right direction.”

But for two brief loan spells in 2006, Noble spent his entire career with local team West Ham after joining their academy aged 11.

In his final season he helped the Hammers reach the Europa League semi-finals and this summer he completed an entertainment, media and sports business leadership course at Harvard Business School in the US.

“There is nobody better qualified when it comes to understanding West Ham United and its ethos,” said Hammers boss Moyes.

“I know from my dealings with Mark throughout his time as a player – and particularly when we were going through the hugely challenging Covid-19 pandemic – that he possesses all of the necessary skills and attributes, and the right personality and character, to be a huge success in this role.”

West Ham’s joint-chairman David Sullivan added: “Mark rightly wanted to spend some precious time with his family after 18 years of non-stop devoted service as a player, but there was never any doubt that he would come back in a senior role in the near future.”

Mark Noble to return to West Ham as sporting director