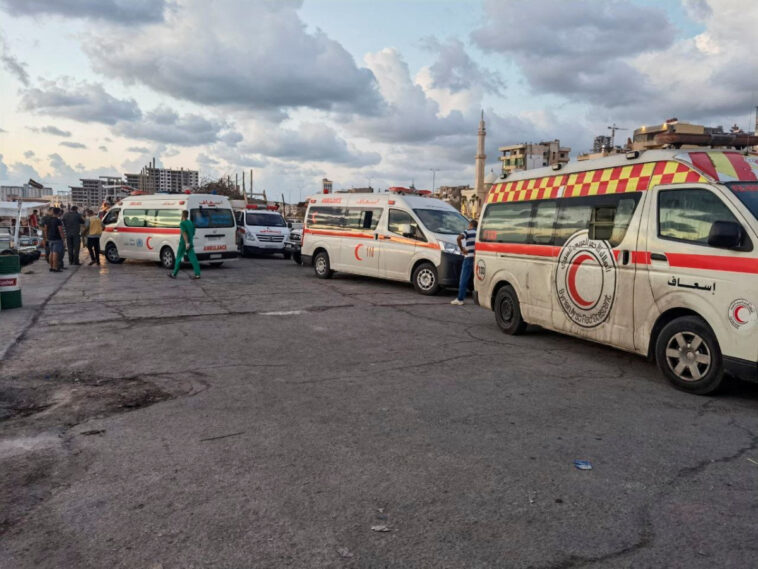 Syrian authorities have found 34 bodies and rescued more than a dozen migrants off the coast of the northern port city of Tartus on Thursday suspected of having left north Lebanon bound towards Europe earlier this week.

Samer Qubrusli, the Syrian director-general of ports, told Reuters that authorities had found 34 bodies and rescued 14 people in Syrian waters by Thursday evening.

The Syrian transport ministry cited survivors as saying the boat left from Lebanon’s northern Minyeh region on Tuesday with between 120 and 150 people onboard.

Lebanese transport minister Ali Hamiye said he had been informed by Syrian Transport Minister Zuhair Khuzaim that 33 bodies had been recovered and 16 people rescued.

Lebanon has seen a spike in migration driven by one of the world’s deepest economic crises since the 1850s.

In addition to Lebanese, many of those leaving aboard migrant boats are themselves already refugees from Syria and Palestine.

Dozens of people in the northern Lebanese city of Tripoli held a protest earlier on Thursday to alert authorities that they had lost contact with a migrant boat with dozens on board that was headed towards Italy.

Reuters could not immediately confirm if it was the same boat mentioned by the Syrian authorities.

The Syrian transport ministry statement said the director of the small island port of Arwad off the coast of Tartus informed them at 4:30 p.m. that a drowned person had been sighted near an anchored ship.

The ministry sent a boat to recover the body.

Back to Top
Close
X
APC, PDP structures for vote mobilisation, rigging – Utomi…In the NewsA chieftain of the Labour Party, Professor Pat Utomi, said late Monday that the structures built by the ruling All Progressives Congress and the oppos…

More than 30 migrants dead, more than a dozen rescued in Syrian waters