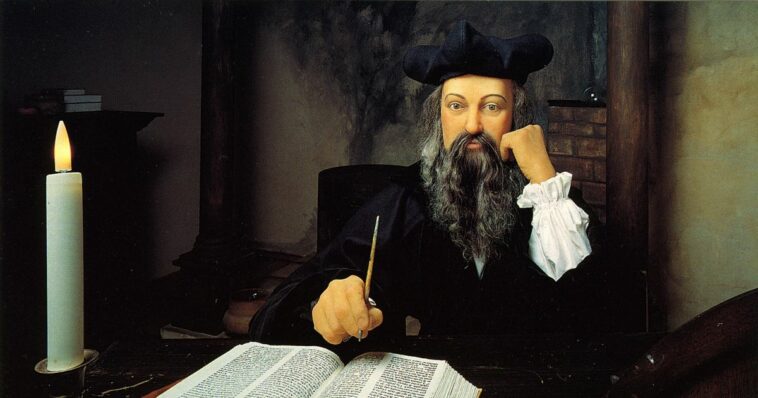 While Putin has frequently made vailed threats about using nukes, legendary astrologer Nostradamus actually predicted war in Europe in 2022 as part of his sobering prophecies made many centuries ago.

Michel de Nostradame, as he was known at the time, published his infamous book Les Prophéties back in 1555 featuring 942 forecasts.

Back to Top
Close
X
Judge blocks Indiana abortion ban week after it took effect…More NewsINDIANAPOLIS — An Indiana judge on Thursday blocked the state’s abortion ban from being enforced, putting the new law on hold as abortion clinic opera…

X
Freed hostage says captor forced him to record message to his daughter…More NewsAs he sat tied up and hooded in the darkness of a lorry driven by his Russian captors, John Harding sensed his life was about to end. The former engin…