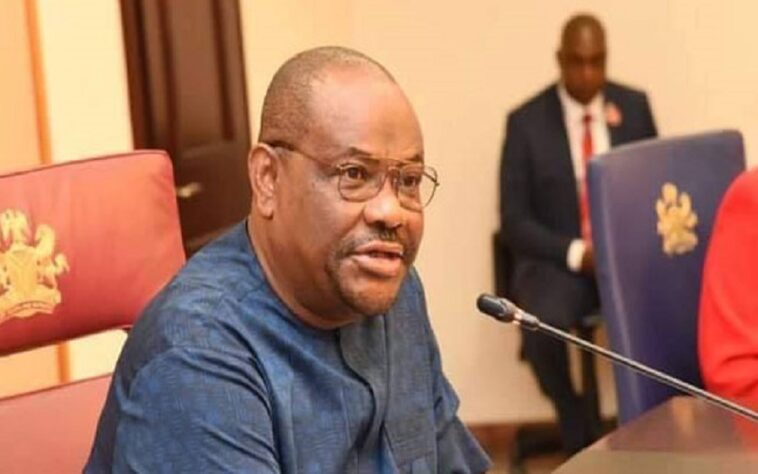 The Rivers State Governor, Nyesom Wike, has insisted that he and other Peoples Democratic Party (PDP) leaders from his camp in Rivers State, will not leave the party but remain to continue the fight for internal democracy, contrary to insinuations.

This was made known by Wike on Thursday during a meeting with stakeholders of the party across the 319 wards of the state at the Banquet Hall of the Government House in Port Harcourt on Thursday, where he stated that retreating from a fight is a sign of weakness.

Back to Top
Close
X
APC, PDP not qualified to be called political parties – Peter Obi supporter…Political LandscapeLegit NGThe All Progressives Congress (APC) and Peoples Democratic Party (PDP) have been dismissed by Kenneth OkonkwoAccording to the Nollywood actor …

X
I won’t leave PDP – Wike declaresPolitical LandscapeSun NewsRivers State Governor, Nyesom Wike, has declared that he would not dump the People’s Democratic Party ( PDP) for any reason, but would sustain…