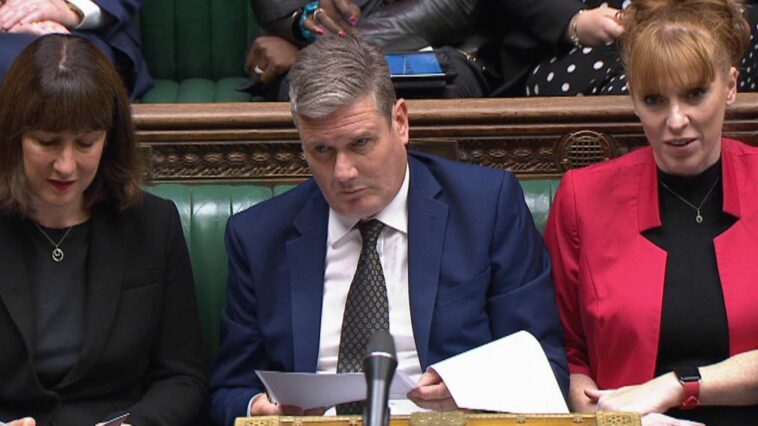 Deputy Labour leader Angela Rayner has revealed the mystery note she was passed in the Commons on 8 September told her the Queen was unwell, and she had to discreetly persuade her boss to immediately leave the chamber.

Speaking on the News Agents podcast, Ms Rayner said when Nadhim Zahawi handed it to her, and she read its contents, she instantly “read between the lines”.

Labour leader Sir Keir had been giving his response to the government’s statement on the cost of living crisis when Mr Zahawi, chancellor of the duchy of Lancaster, whispered into the prime minister’s ear and handed her a folded piece of paper.

A similar note was passed to Ms Rayner.

Podcast presenter Jon Sopel said: “You could just feel something had happened.”

And the deputy leader has now revealed what that was.

Back to Top
Close
X
Russians google 'How do I break my arm?' after Putin's conscription threat…Last PostRussian men aged between 18 and 27 are leaving the country in their droves after Vladimir Putin’s call for a “partial mobilisation” of the country’s m…

Revealed: The contents of the secret note passed to Labour leader Keir Starmer in the Commons on 8 September