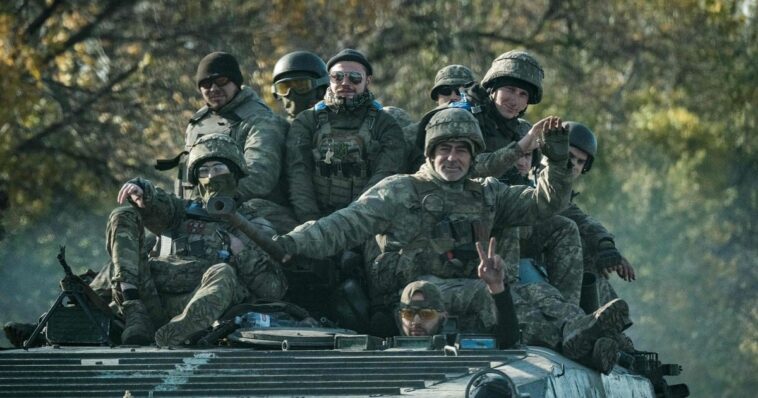 Russian men aged between 18 and 27 are leaving the country in their droves after Vladimir Putin’s call for a “partial mobilisation” of the country’s military reservists to help support his failing invasion of Ukraine.

There are massive traffic tailbacks at border crossings between Russia and Finland as potential conscripts rush to flee the country.

But some at-risk Russians are taking even more desperate measures to avoid the call-up.

After Ukraine ’s Defence Ministry tweeted that Russians were “now actively Googling how to avoid mobilisation and stay alive,” one Ukrainian replied with a screenshot of Google traffic data in Russia, showing that there had been a surge of searches for “how to break your own arm”.

As well as announcing his vaguely-defined “partial mobilisation – the biggest since the Second World War – Putin also accused NATO officials from Nato member states of treating to use “nuclear weapons of mass destruction against Russia”, saying: “The aggressive anti-Russian policy of the West has crossed all lines”.

Russians google 'How do I break my arm?' after Putin's conscription threat

X
Revealed: The contents of the secret note passed to Labour leader Keir Starmer i…Last PostDeputy Labour leader Angela Rayner has revealed the mystery note she was passed in the Commons on 8 September told her the Queen was unwell, and she h…