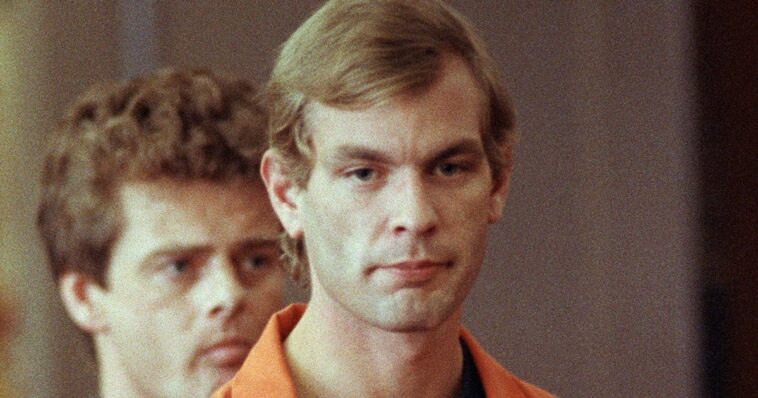 Dahmer, also known as the Milwaukee Cannibal, killed and dismembered 17 men and boys between 1978 and 1991.

He was sentenced to fifteen terms of life imprisonment in February 1992 but died just over two years later aged 34 when he was beaten to death by a fellow inmate.

Before his death, Dahmer revealed to an FBI agent that he’d fantasised about eating human flesh from a young age.

The killer would take careful time when consuming his victims and preparing human meat. He ate so much that he began to work out which cuts tasted the best.

Serial killer who dismembered 17 people, made 'human sandwich' describes the taste of flesh

X
'My mum is pregnant with my boyfriend’s baby – my soul left my body wh…In Other NewsA woman has opened up about the devastating moment she found out that her mum is having a child with her now ex-boyfriend, as she 'tries to heal' from…