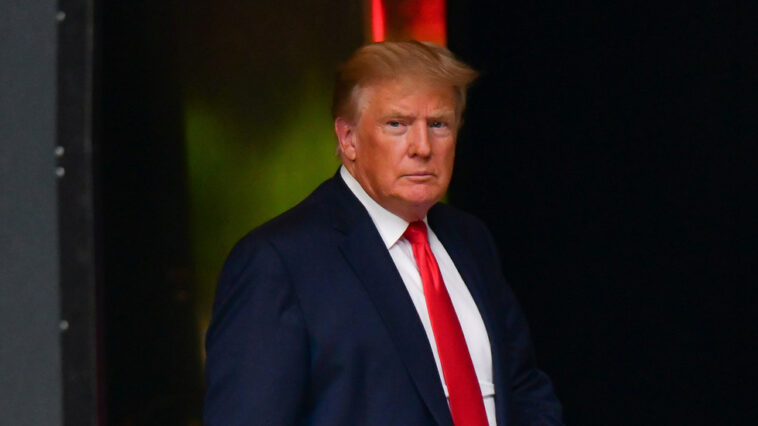 The conflict in Ukraine could spiral into World War III, former US President Donald Trump warned on Wednesday, after Russian President Vladimir Putin said Moscow would use all means necessary to defend itself in the face of a threat to its territorial integrity.

Writing on his social media platform, Truth Social, the ex-president said the Ukraine conflict, which began after Russia launched its military offensive in late February, “should have never happened.”

Trump claimed that if he had still been in the White House, hostilities would have never broken out between Moscow and Kiev.

“As I have made clear for quite some time, this could end up being World War III,” he added.

On Wednesday, Putin announced a partial military mobilization of around 300,000 reservists to be called up for active service. The Russian leader also warned that Moscow “would use all the means to protect our people,” including nuclear weapons if necessary.

“This is not a bluff,” Putin insisted, saying Russia would use “all available means” to protect its independence and security.

This is not the first time Trump has sounded the alarm over the repercussions from the Ukraine crisis. In June, he criticized his successor, President Joe Biden, for the way his administration has handled the crisis, slamming the incumbent for sending tens of billions of dollars in military aid to Kiev, which, he said, only adds fuel to the conflict.

Back to Top
Close
X
Victory or nuclear war? Putin backs himself further into a Ukrainian corner…World NewsNBC NewsIs it all a bluff?Russian President Vladimir Putin’s renewed nuclear threats have raised fears that his plans for escalation in Ukraine may no…