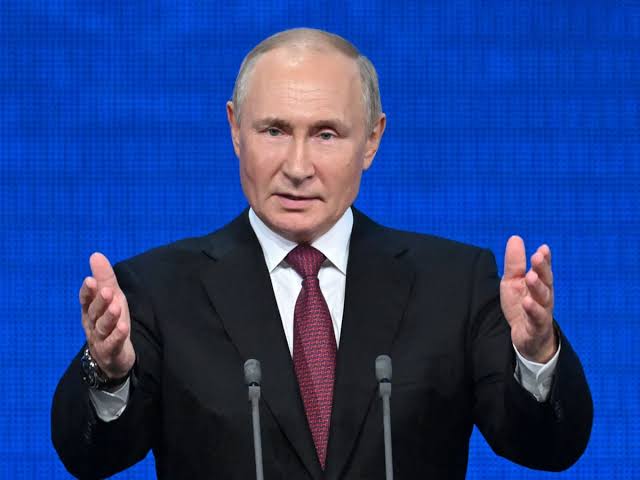 Is it all a bluff?

Russian President Vladimir Putin’s renewed nuclear threats have raised fears that his plans for escalation in Ukraine may not be limited to mobilizing more troops.

While he has issued apocalyptic threats against the West before, Putin’s thinly veiled warnings in a rare national address Wednesday signaled that he was willing to raise the risk of nuclear conflict to avoid an embarrassing military defeat.

The Russian leader accused the United States and its allies of “nuclear blackmail” and said without elaborating that high-ranking officials from NATO states had made statements about the possibility of “using nuclear weapons of mass destruction against Russia.”

Then he delivered a notable reminder:

“If the territorial integrity of our country is threatened, we will certainly use all the means at our disposal to protect Russia and our people,” Putin said, an apparent reference to Moscow’s sizable nuclear arsenal.

Whether Kyiv and its allies should now be more concerned about the threat was up for debate, analysts said.

“I think it signals that he wants people to think he would risk nuclear war,” Phillips O’Brien, a professor of strategic studies at the University of St. Andrews in Scotland. “I don’t think it means he is any more likely to do it than he was yesterday.”

In his speech in February announcing the start of what the Kremlin calls its “special military operation” in Ukraine, Putin warned that anyone who dared to intervene would face the full force of Russia’s nuclear arsenal…

Back to Top
Close
X
Ex-first lady of Honduras gets 14 years in prison for fraud…World NewsSahara ReportersIt was learnt that Rosa Bonilla was charged with fraud and misappropriation of funds meant for social programmes.A former First Lady o…

Victory or nuclear war? Putin backs himself further into a Ukrainian corner