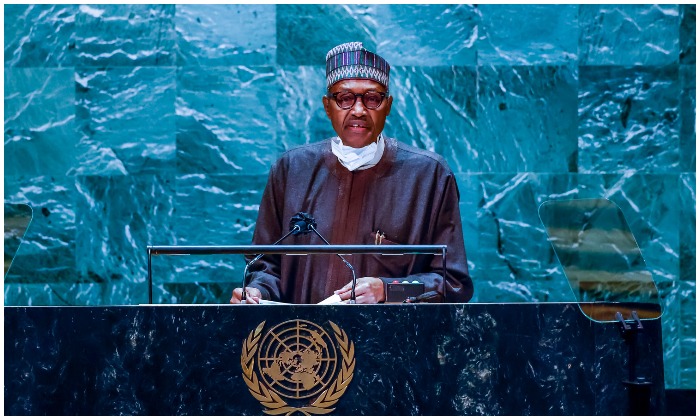 President Muhammadu Buhari yesterday in New York made moves to woo investors to Nigeria, saying the nation, being the largest in Africa with over $400 billion in GDP and over 200 million people, is indeed an investors haven.

Contentedly, he said Nigeria’s economic growth has been mostly driven by the non-oil sector, even as he stated confidently that the nation is overcoming insecurity threats with huge prospects for stability which foreign direct investments can count upon.

“The advantages and disadvantages of investing in Nigeria far outweigh the challenges,” Buhari declared while speaking at Nigeria International Economic Partnership Forum on the sidelines of the United Nations General Assembly.

The Nigerian leader who was represented by his chief of staff, Prof Ibrahim Gambari, said the development gives credence to the revenue source diversification agenda of his administration.

Noting that the country’s economy and population are the largest in Africa with over $400 billion in GDP and over 200 million people, he said,  “The International Monetary Fund (IMF) projects global growth to slow from an estimated 6.1 percent in 2021 to 3.6 percent in 2022 and 2023. For our economy, we recorded a quarterly GDP growth in Q1 2022. The growth has been mostly driven by the non-oil sector, giving credence to the revenue source diversification agenda of the government.

“The agricultural sector, our most important, has remained resilient in spite of security concerns, low irrigation, limited inputs, and legacy infrastructure challenges…

Back to Top
Close
X
Buhari: Nigeria may become world’s 14th fastest growing economy…Latest NewsNation President Muhammadu Buhari has said that Nigeria is on course to take her rightful place in the global economy. He stated that a report by Pric…