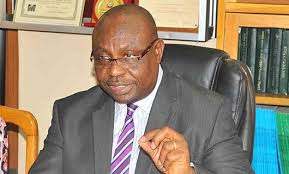 The Independent National Electoral Commission (INEC) says it plans to reveal its findings on investigation carried out on alleged Permanent Voter Cards (PVCs) found in different locations in Nigeria, in the nearest future.

Mr Festus Okoye, the INEC National Commissioner and Chairman, Information and Voter Education, said this at a two-day capacity workshop for INEC Press Corps on critical issues in the Electoral Act, 2022 and preparations for 2023 General Election on Monday in Lagos.

Okoye said that the INEC Chairman, Prof. Mahmood Yakubu was expected to brief Nigerians on the findings.

“The chairman will make finding of the commission public as relate to PVCs allegedly found in inappropriate locations,” Okoye said.

On the perception that incidence forms may still be used for 2023 general election, Okoye said the usage of the forms in Nigeria electoral process was dead and buried.