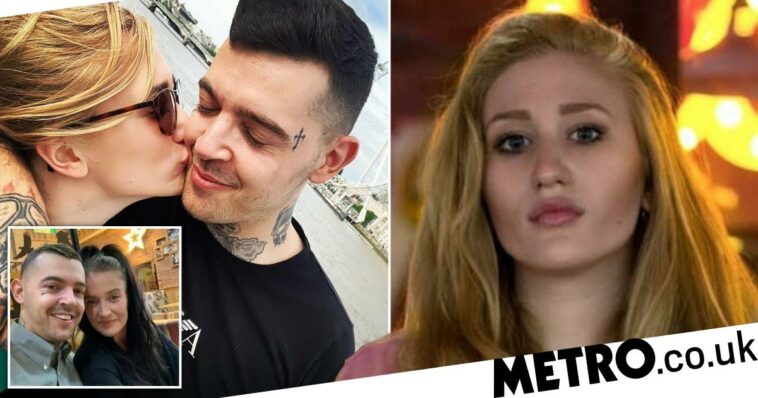 The Ukrainian refugee whose UK sponsor left his partner and children for her has spoken out for the first time since he dumped her.

Tony Garnett, 30, broke up with 22-year-old Sofiia Karkadym after a whirlwind romance which saw the security guard walk out on his family in May.

Sofiia claimed Tony treated her like a ‘dogsbody’ and gambled his money away online while relying on her benefits.

She described how ‘heartbroken’ she is after ‘believing Tony’s bulls**t’, but added: ‘Ukrainian women are strong. Vladimir Putin will not destroy us — and Tony Garnett will not destroy me.’

Sofiia told The Sun: ‘I really loved him and thought we’d spend the rest of our lives together and have children but he changed. I think the pressure got to him.

‘It will be a long and hard journey for me now but I will rebuild my life and when I do I will be glad he is no longer a part of it.’

He said: ‘I worked so hard to make this relationship work. I knew that we would look like tw*ts if we broke up because we have a media profile and all the attention that has been put on us on television and on the internet.’

Tony’s ex-partner of 10 years, Lorna Garnett, said she ‘loves him’ and will parent their two daughters with him, but would not take him back ‘in a million years’.

Sofiia moved in with Tony, Lorna and their children, in Bradford, West Yorkshire, after a two-month journey fleeing Ukraine.

Lorna said she noticed the pair flirting with each other and asked Sofiia to leave after just 10 days.

Back to Top
Close
X
Should i let my brother know that he was adopted?…Last PostMy older brother was adopted by my parents on the day of his birth. It was arranged with the assistance of another family member. Unfortunately, my pa…

X
Ukrainian refugee returning to war-torn home after being dumped…Last PostTony Garnett who left his wife and kids for Ukrainian refugee Sofiia, has ended their relationship after she rammed a knife into the kitchen wall duri…