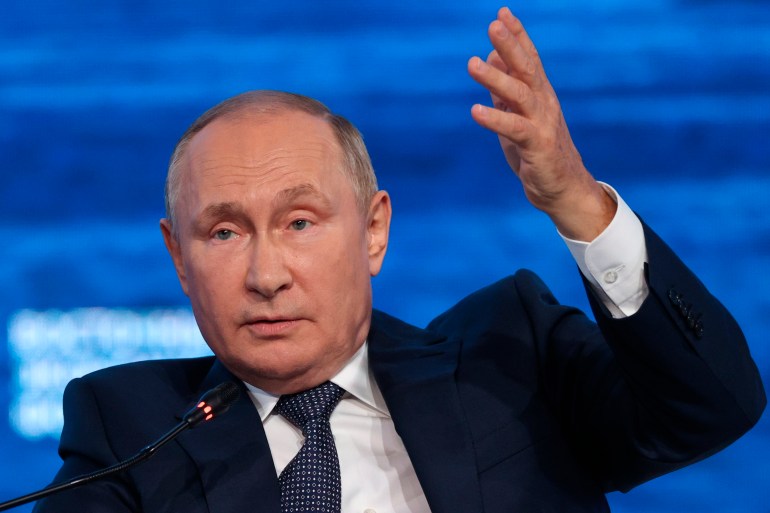 MOSCOW, Sept 30 (Reuters) – Russian President Vladimir Putin said the United States had created a “precedent” by using nuclear weapons against Japan at the end of World War Two, in a speech filled with hostility towards the West delivered from the Kremlin on Friday.

Fears of nuclear war have grown since Putin said last week he was “not bluffing” when he said Russia was prepared to use nuclear weapons to defend its territory.

Announcing on Friday that Russia was annexing four Ukrainian regions, he said Russia would use “all the power and all the means” at its disposal to defend its new lands from attacks by the West or Ukraine. (Reporting by Reuters; Editing by Kevin Liffey)

Back to Top
Close
X
Economists forecast naira slide, inflation as campaigns begin…FeaturedPunch News Economists have warned that Nigeria’s ailing economy might be worsened as political parties and their candidates begin electoral campa…

X
October 1: President Buhari to address nation on saturday…FeaturedPresident Muhammadu Buhari will address the nation in a telecast on Saturday, the presidency said Friday.Saturday is October 1, Nigeria’s 62nd Indepen…