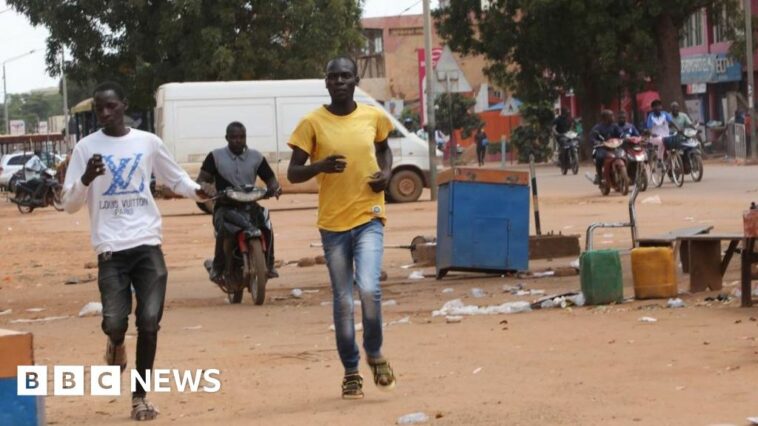 The army captain who announced Friday’s takeover says the ousted leader is planning a counter-attack.

Burkina Faso’s self-declared leader says the man he ousted a day ago in a coup is plotting a counter-attack.

Col Ibrahim Traoré also accused the French army of harbouring Lt Col Paul-Henri Damiba at one of its bases – but France denies any involvement.

Gunshots were heard in Burkina Faso’s capital city Ouagadougou on Saturday and helicopters have circled overhead.

Protesters started a fire outside the French embassy – an attack condemned “with the greatest firmness” by Paris.

The French foreign ministry told AFP news agency that the security of its compatriots was the greatest priority, adding that a crisis centre had been opened in Ouagadougou.

Back to Top
Close
X
Nigeria better as united country, says UzodimmaLatest NewsGovernor Hope Uzodimma of Imo State, on Saturday, said that despite the challenges confronting the nation, Nigeria was better as a united nation.Uzodi…