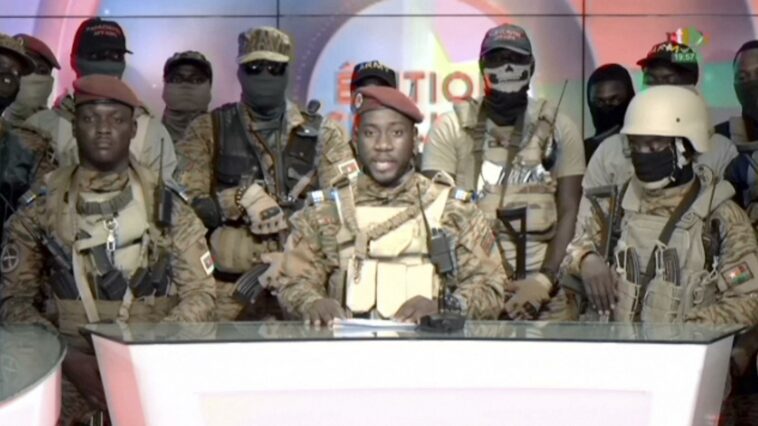 A group of soldiers appearing on state television late Friday had announced that Lt. Col. Paul Henri Sandaogo Damiba had been overthrown less than nine months after he’d mounted a coup himself in Burkina Faso.