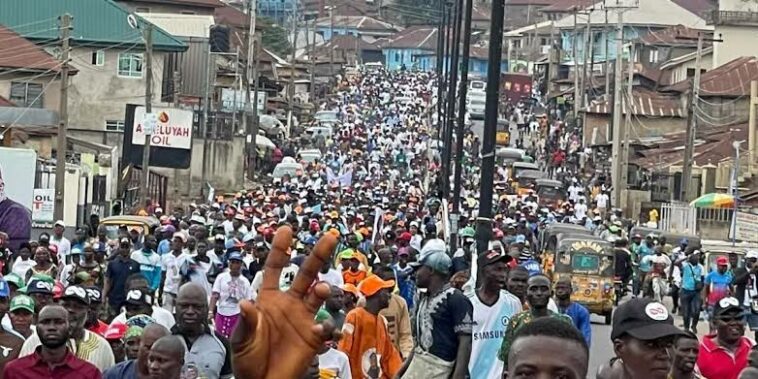 A group of hoodlums has allegedly launched an attack on the crowd of supporters of the All Progressives Congress (APC) in Oyo State during a campaign rally by the party on Tuesday.

According to reports, the supporters of the opposition party in the state staged a rally to drum their support for the presidential candidate of the party, Bola Tinubu; the Oyo State governorship candidate, Senator Teslim Folarin and other candidates when the hoodlums attacked.

Supporters of the APC fingered the involvement of the Chairman, Park Management System, Alhaji Mukaila Lamidi, aka Auxiliary, and his boys.

Speaking on the incident, Folarin, in a statement after the incident, alleged that Governor Seyi Makinde and Auxiliary were behind the attack.

Back to Top
Close
X
Nobody will traumatise Nigeria again with union disorders— CONUA chair…Latest NewsThe NationChairman of the newly registered Congress of Nigerian University Academics (CONUA), a faction of the Academic Staff Union of Universities (A…