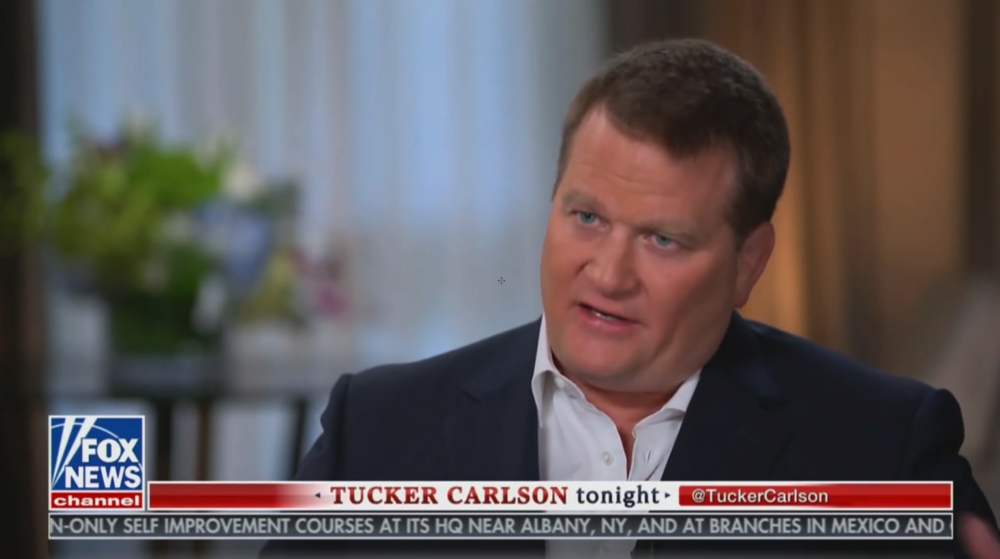 A Trump-hating former FBI agent short-circuited the bureau’s probe of Hunter Biden’s laptop just before the 2020 election by ghosting a key whistleblower, the former associate of the president’s son told Tucker Carlson Monday.

Tony Bobulinski, a former Hunter Biden pal and business associate who came forward with damning evidence about alleged Biden family corruption just two weeks before the 2020 presidential election, told the Fox News host that Timothy Thibault never followed up with him despite promising to.

“Tim Thibault, in his last discussion with my legal counsel, said, ‘Listen, we know Tony’s cooperating. We appreciate all the information he’s provided. We will follow up with you. We are definitely going to have him come in for a follow-up interview, or spend some more time on this,’” Bobulinski told Carlson. “And I haven’t heard from him since. Nor have my lawyers.”

“Uh, shocking, that would be one adjective,” Bobulinski said.

Hans Mahncke on Twitter: “Here’s Tony Bobulinski confirming that Timothy Thibault is a total fraud. Recall that Thibault was the lead agent in the Hunter Biden investigation and in charge of investigating election fraud in the 2020 election. It’s fair to say that Thibault is the reason Biden is president. pic.twitter.com/yKOIcRwgzc / Twitter”

Here’s Tony Bobulinski confirming that Timothy Thibault is a total fraud. Recall that Thibault was the lead agent in the Hunter Biden investigation and in charge of investigating election fraud in the 2020 election. It’s fair to say that Thibault is the reason Biden is president. pic.twitter.com/yKOIcRwgzc

The computer, which Hunter Biden abandoned at a Wilmington, Delaware, computer repair shop, is believed to have been in the possession of the FBI since late 2019, more than a year before the election. Photos, videos, emails, and text messages on the device, which were also ignored by legacy news outlets, paint the president’s son as a drug-addled, venal degenerate and raise troubling questions about President Joe Biden’s own role in his son’s corrupt dealings.

Thibault was the Washington Field Office’s point man to manage Bobulinski, according to Devine. Bobulinski was interviewed by the FBI for more than five hours on October 23, 2020, and told agents what he knew about then-presidential candidate Joe Biden’s involvement in his son’s shady international business deals. The interview came a day after Bobulinski named Joe Biden as “the Big Guy” Hunter Biden referenced in an email as being due 10% of the proceeds of a payout from Chinese energy firm CEFC.

Back to Top
Close
X
“An important victory” – Super Eagles defender reacts to scoring match-winning goa…Live Notes"when:24h allinurl:soccernet.ng" - Google News The Nigeria international powered his side to the win that keeps the club in the HNL’s top two spots Su…